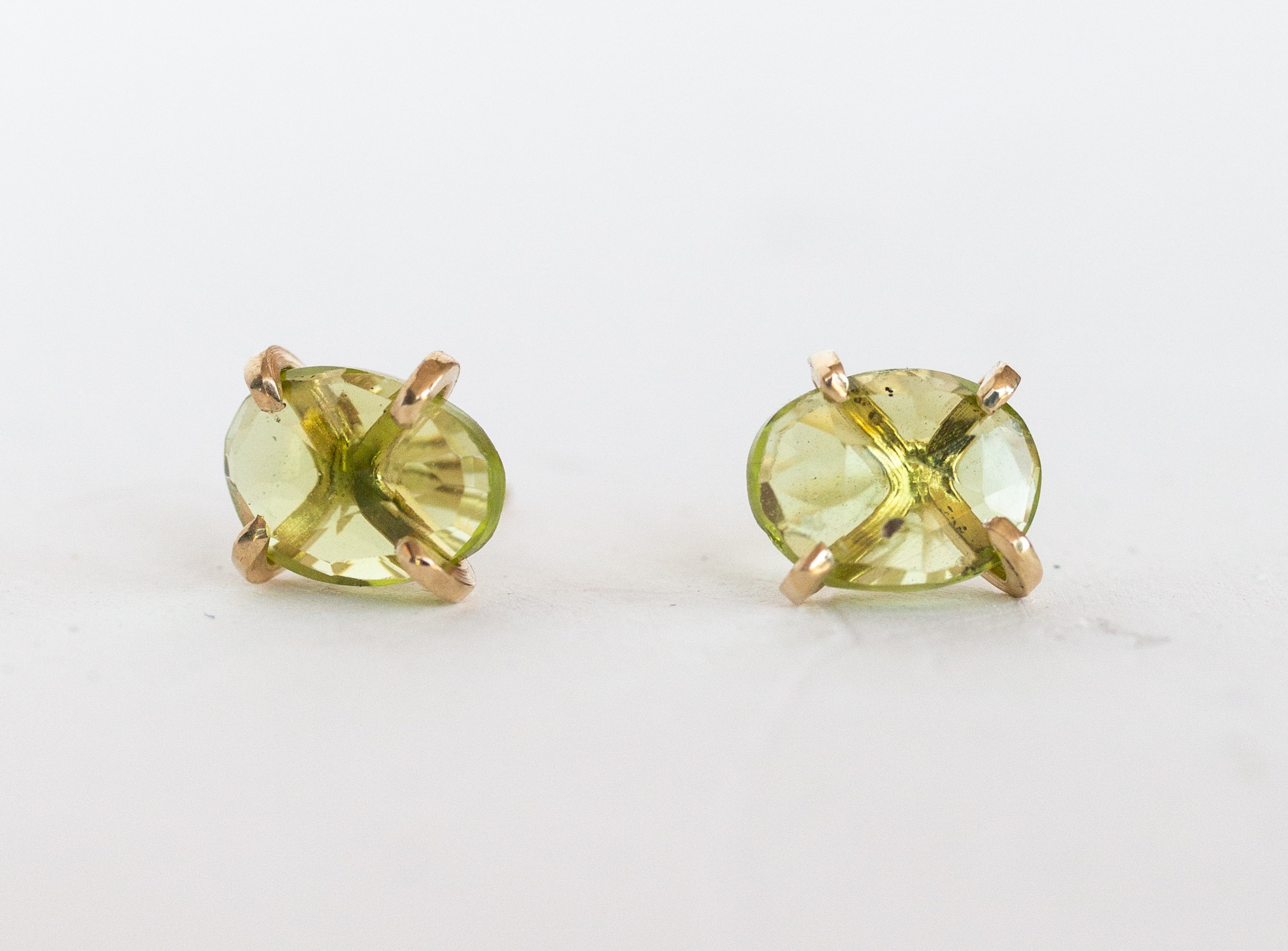 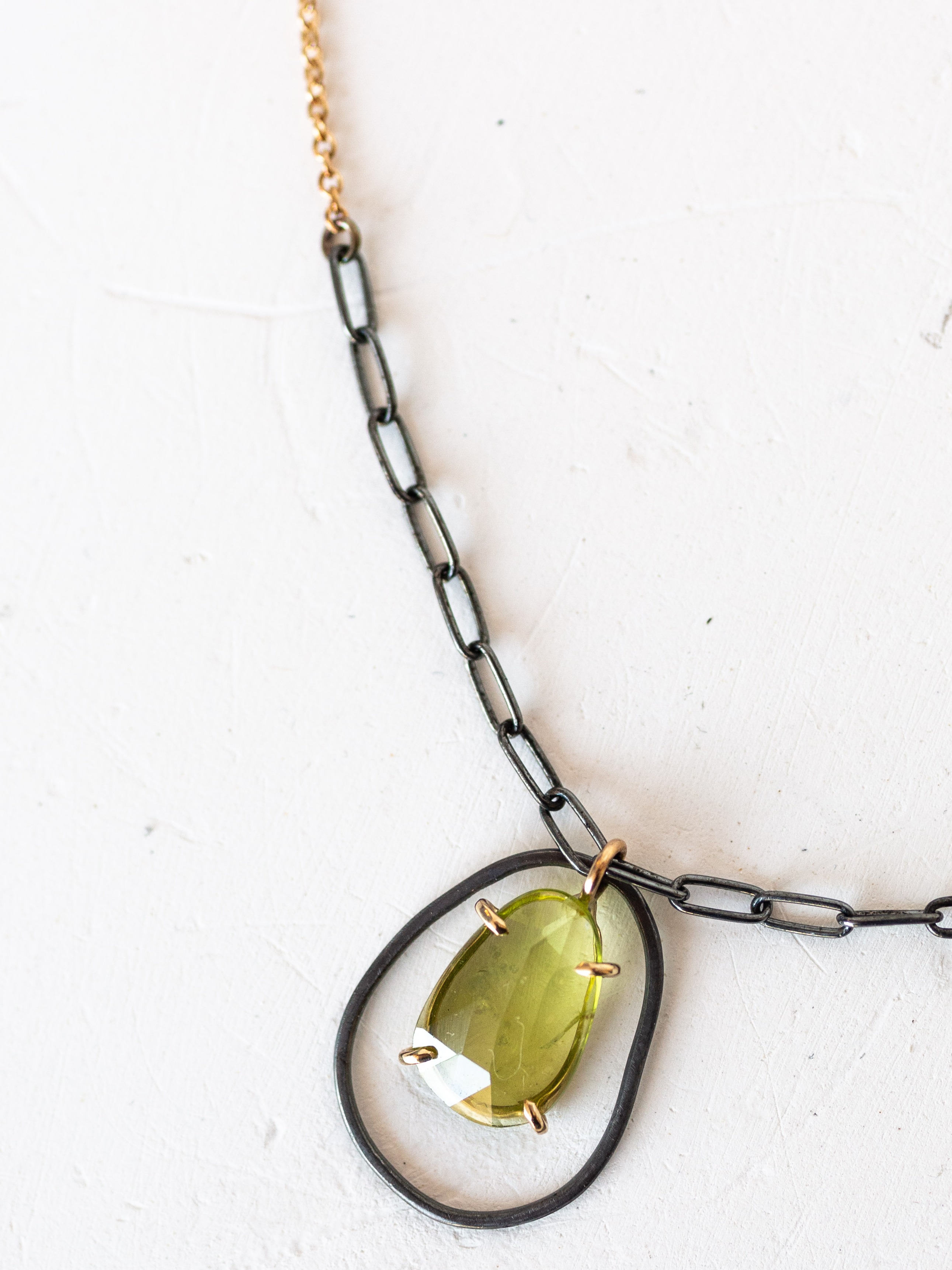 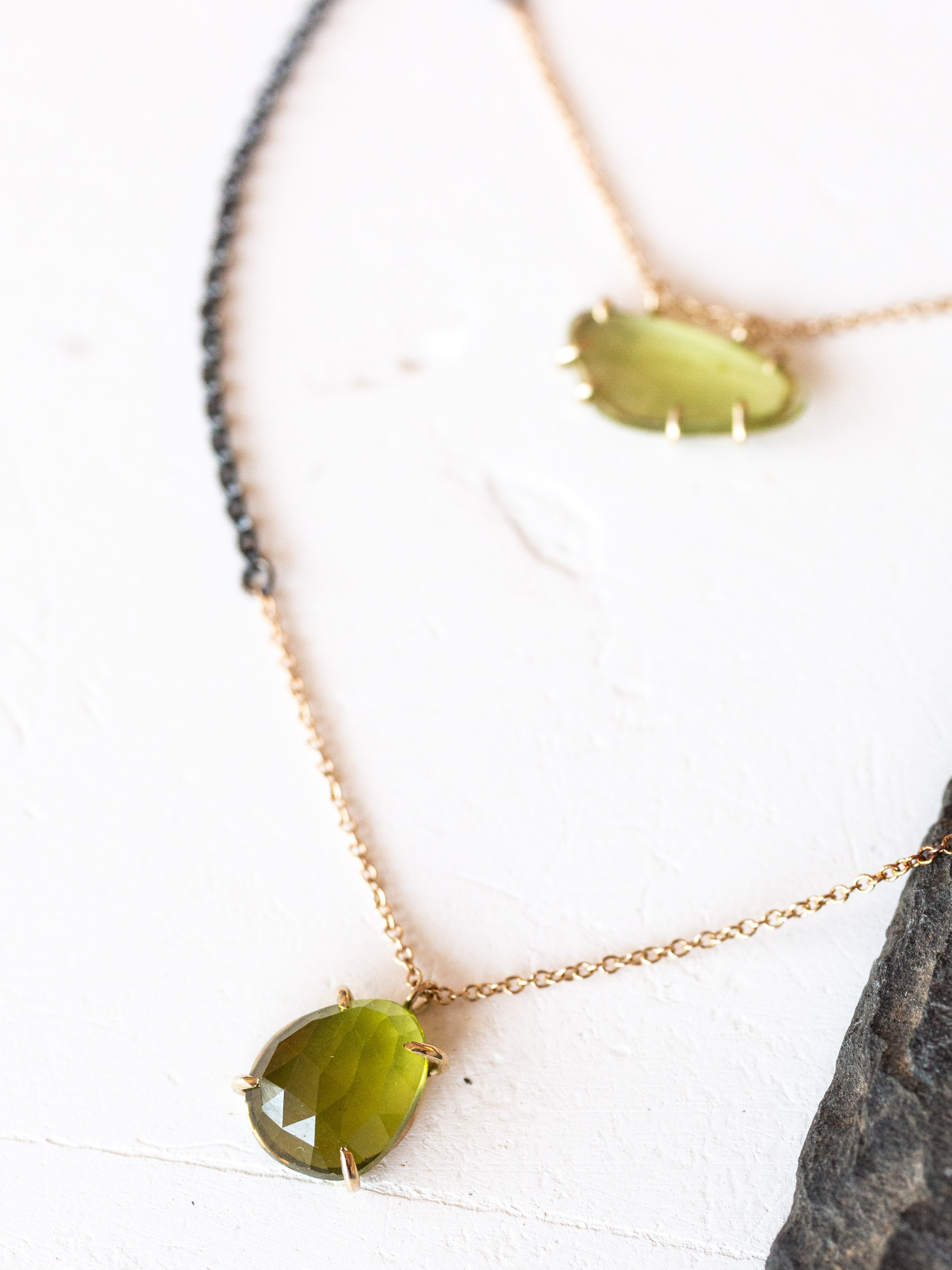 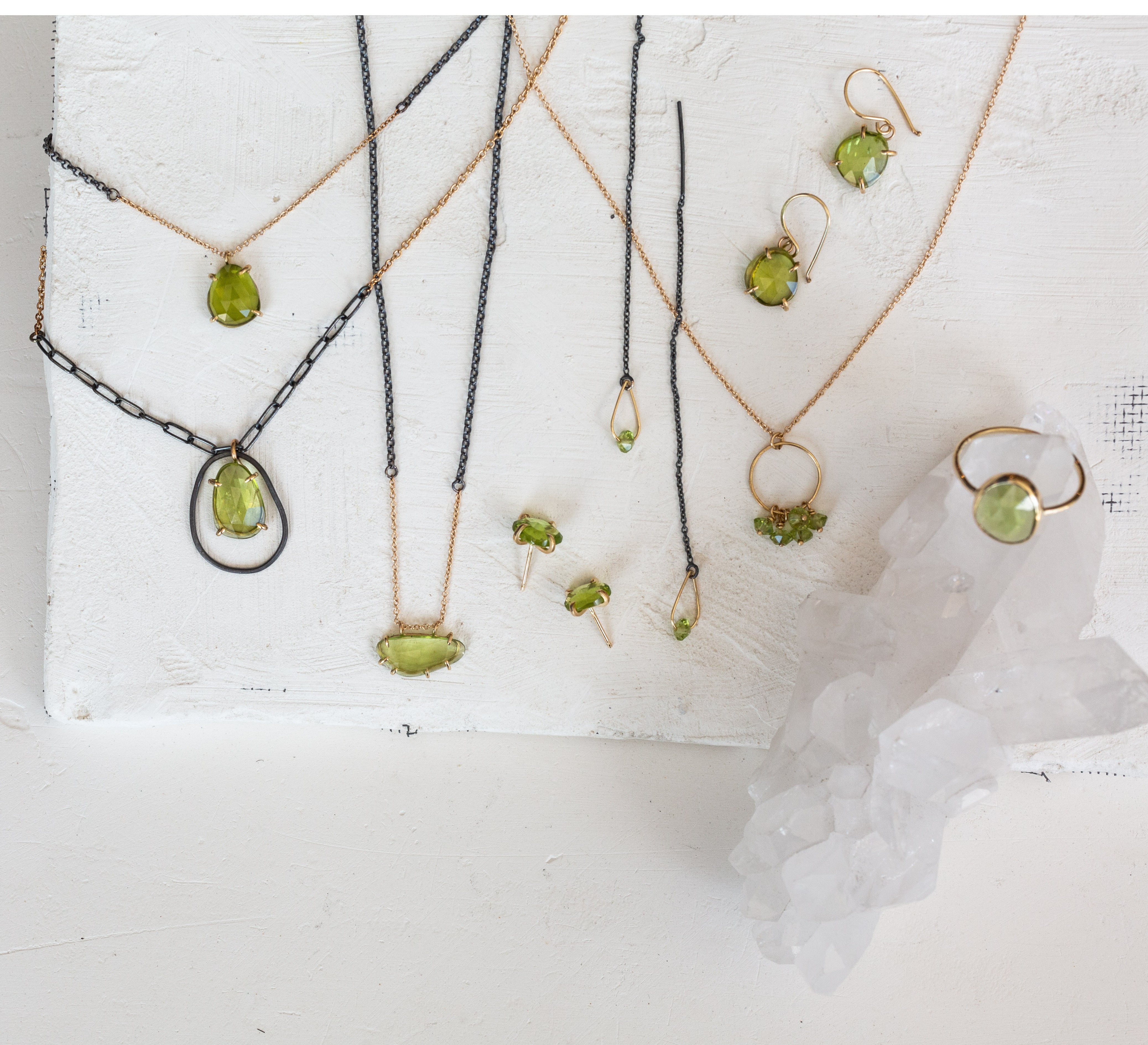 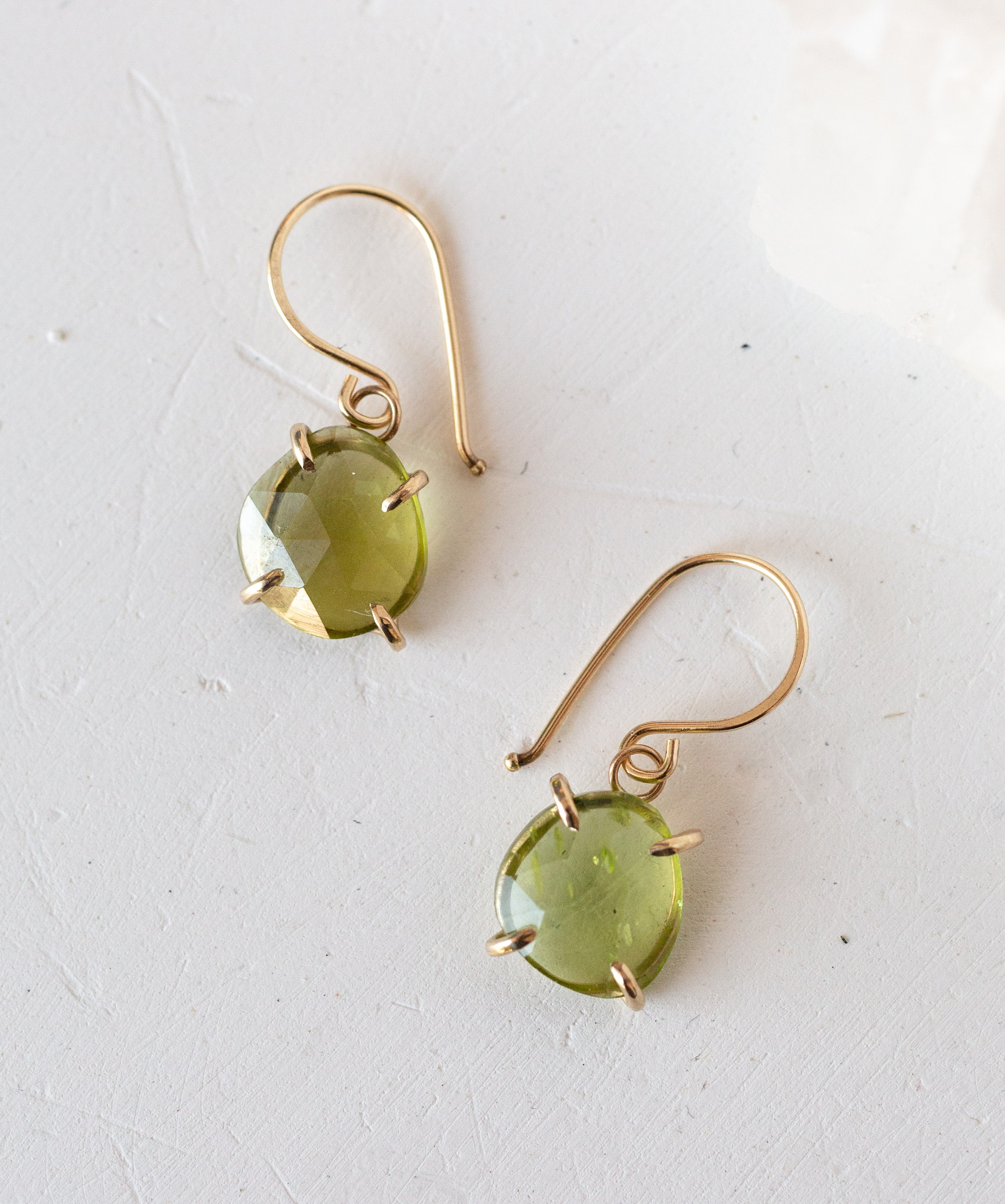 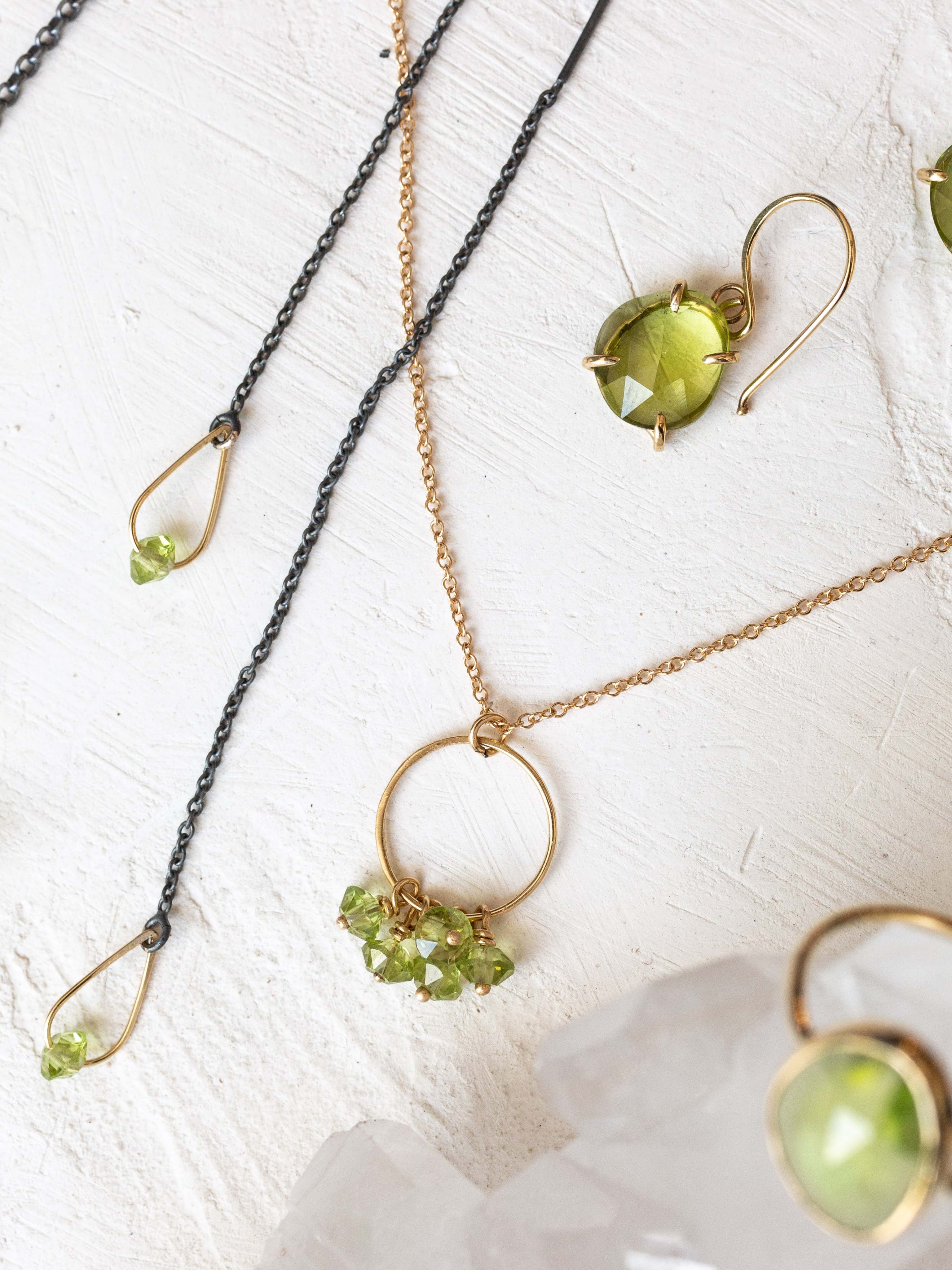 ﻿﻿Peridot is one of only two gems observed to be formed not in the Earth’s crust, but in molten rock of the upper mantle.﻿ As August’s ﻿birthstone, it is meant to represent strength of character, a determined spirit, and resiliency. 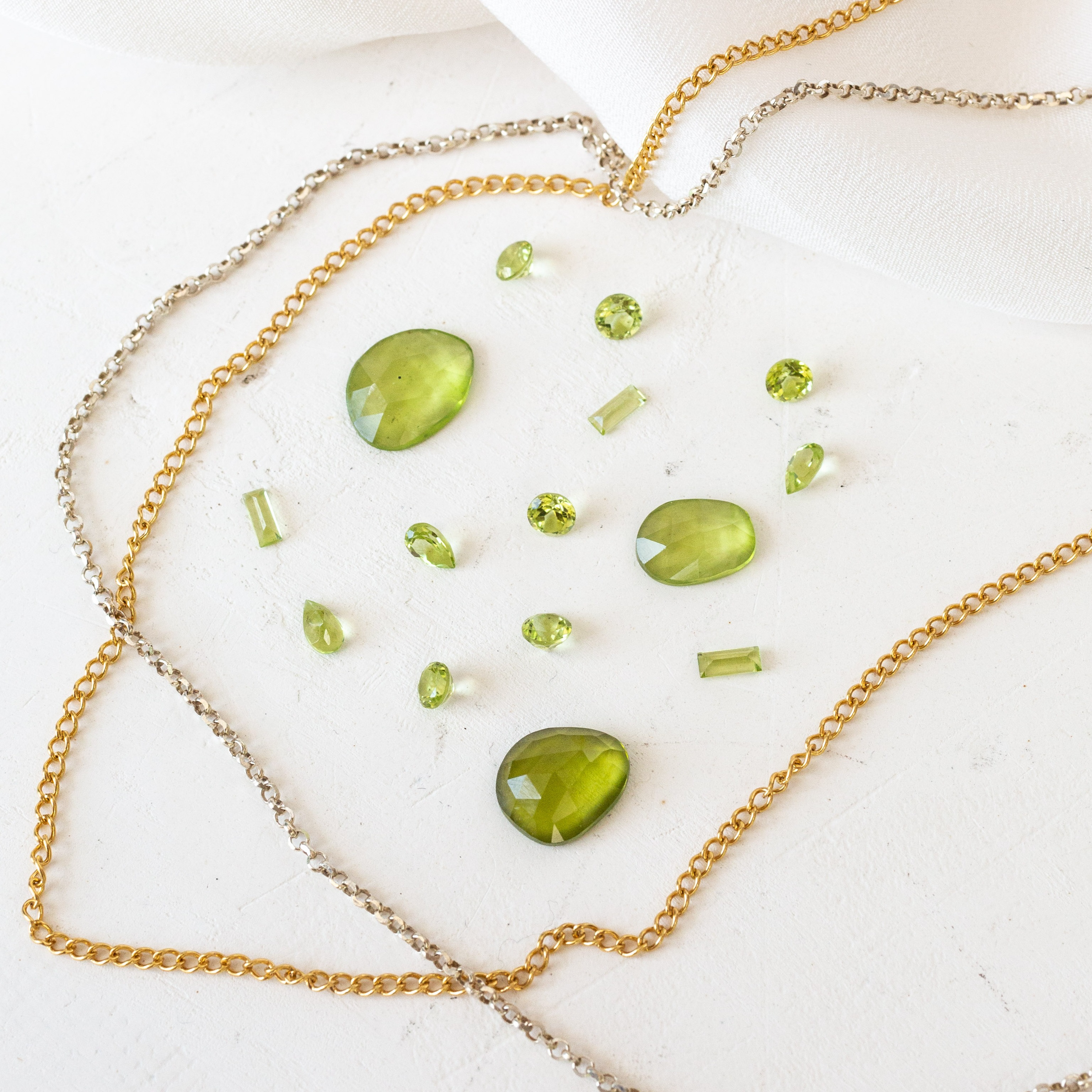 Peridot is the only crystalline stone that comes in just one color, green. Its various shades of green are determined by the amount of iron contained within the stone. While most Peridot used in jewelry comes from stones mined from the Earth, there have been many occurrences of meteorites rich with this gemstone. The Esquel meteorite in Argentina has been classified in the pallasite category meaning it is composed of iron and contains Peridot. 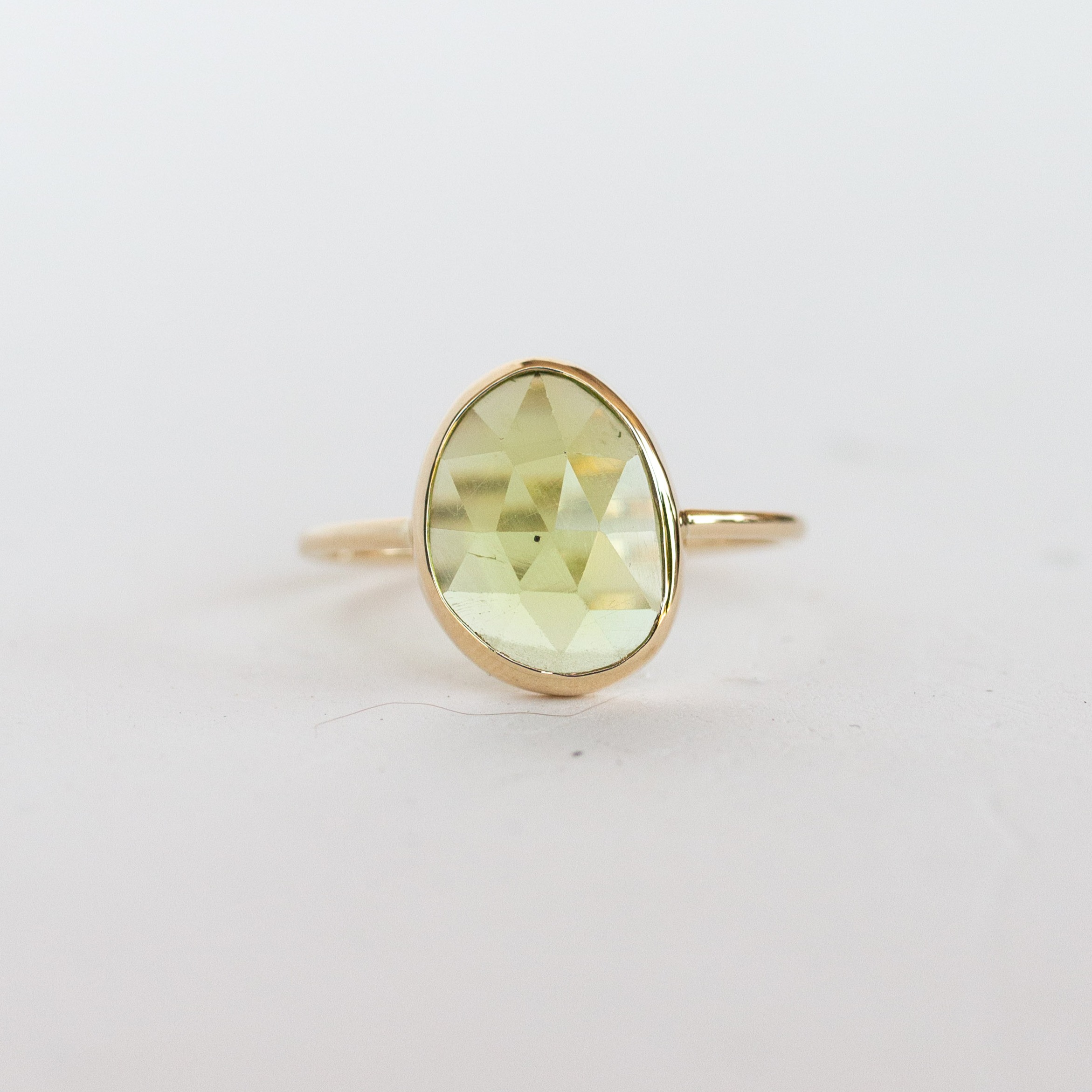 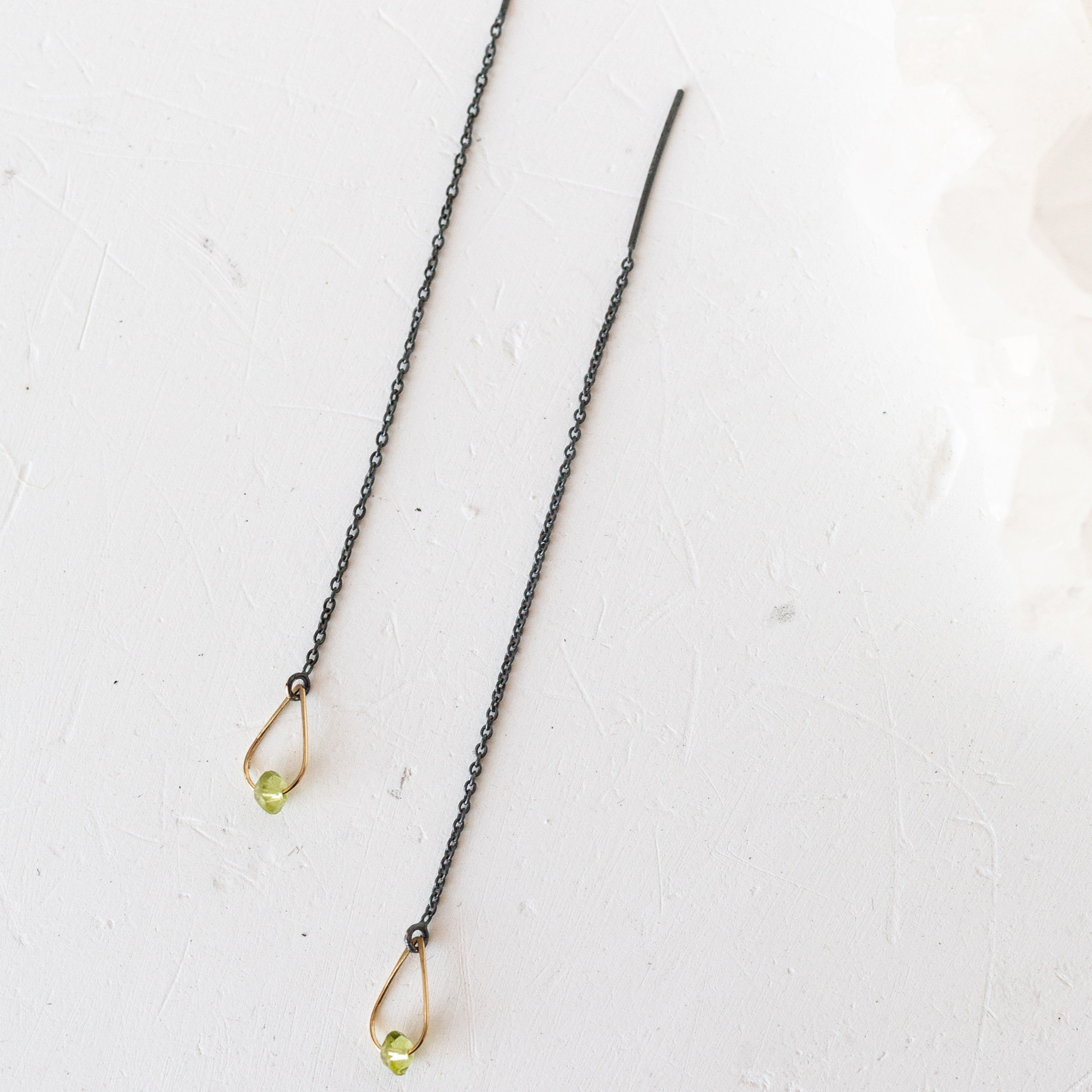 Peridot was first discovered as far back as 4th century BC and has many legends and beliefs that have formed around it in its history. Coming from a small Egyptian island in the Red Sea, it earned its name "gem of the sun". Egyptians believed the stone was capable of warding off nightmares and other fears of the night. It was believed Peridot could harvest the powers of nature and was often featured in religious offerings to Geb, their God of Nature. Ancient Romans referred to the stones as "emerald of the night" for its ability to shine even with a lack of light, and to calm even the most severe fits of anger.

Even today many people believe Peridot holds mystical powers or channels positive energy. Several modern belief systems associate this stone with good health, peace and harmony. Peridot is trusted to bring compassion and peace in times of turmoil or stress. Because of Peridot's physical durability it is also seen as a representation of strength of character, a determined spirit and resiliency.

When you aren't wearing your jewelry, it's always best to store it in its own box or compartment, away from other items. Peridot is a moderately hard stone, still we recommend a felt lining for the container you use if possible.

We are excited to help you find your next favorite piece of jewelry!