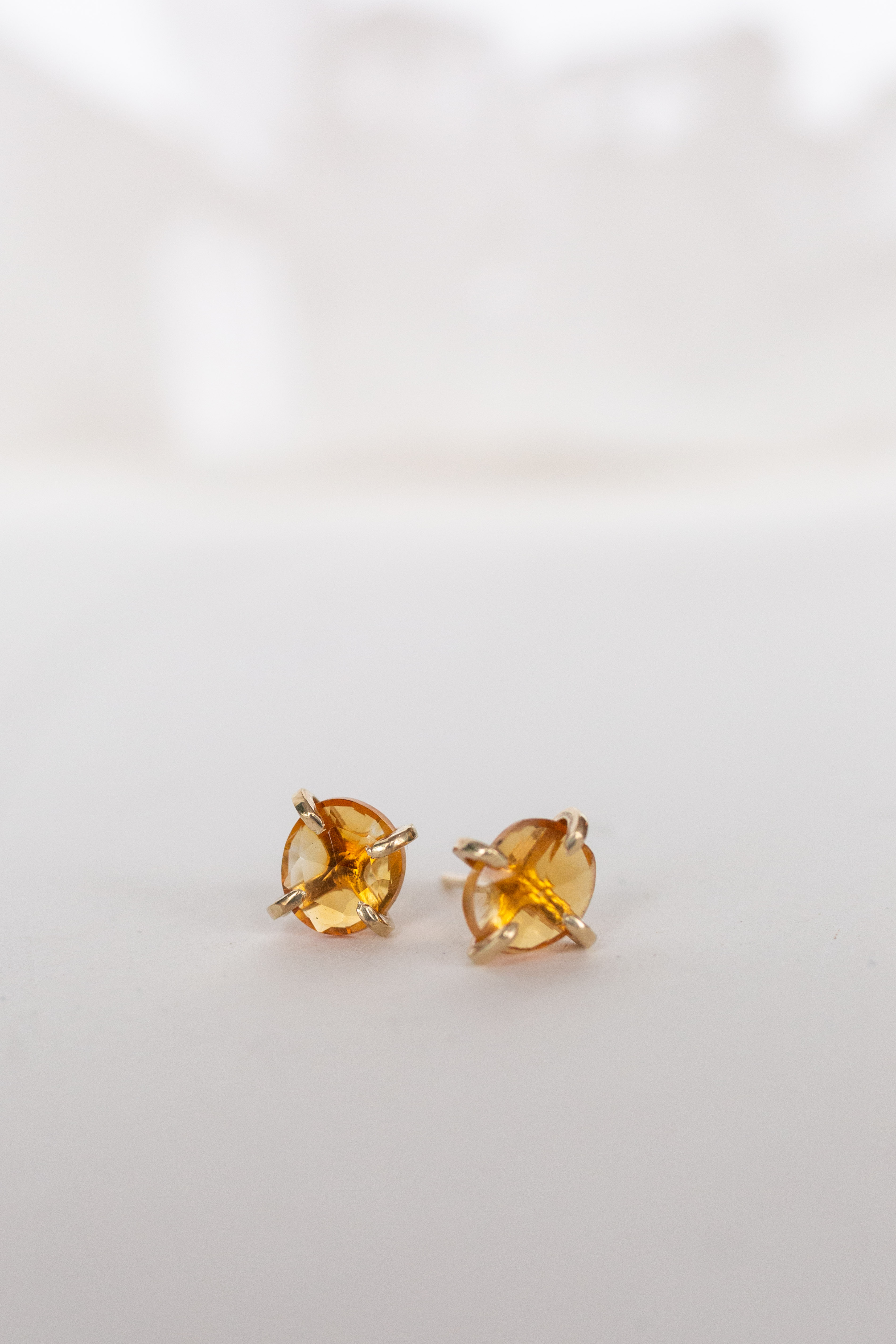 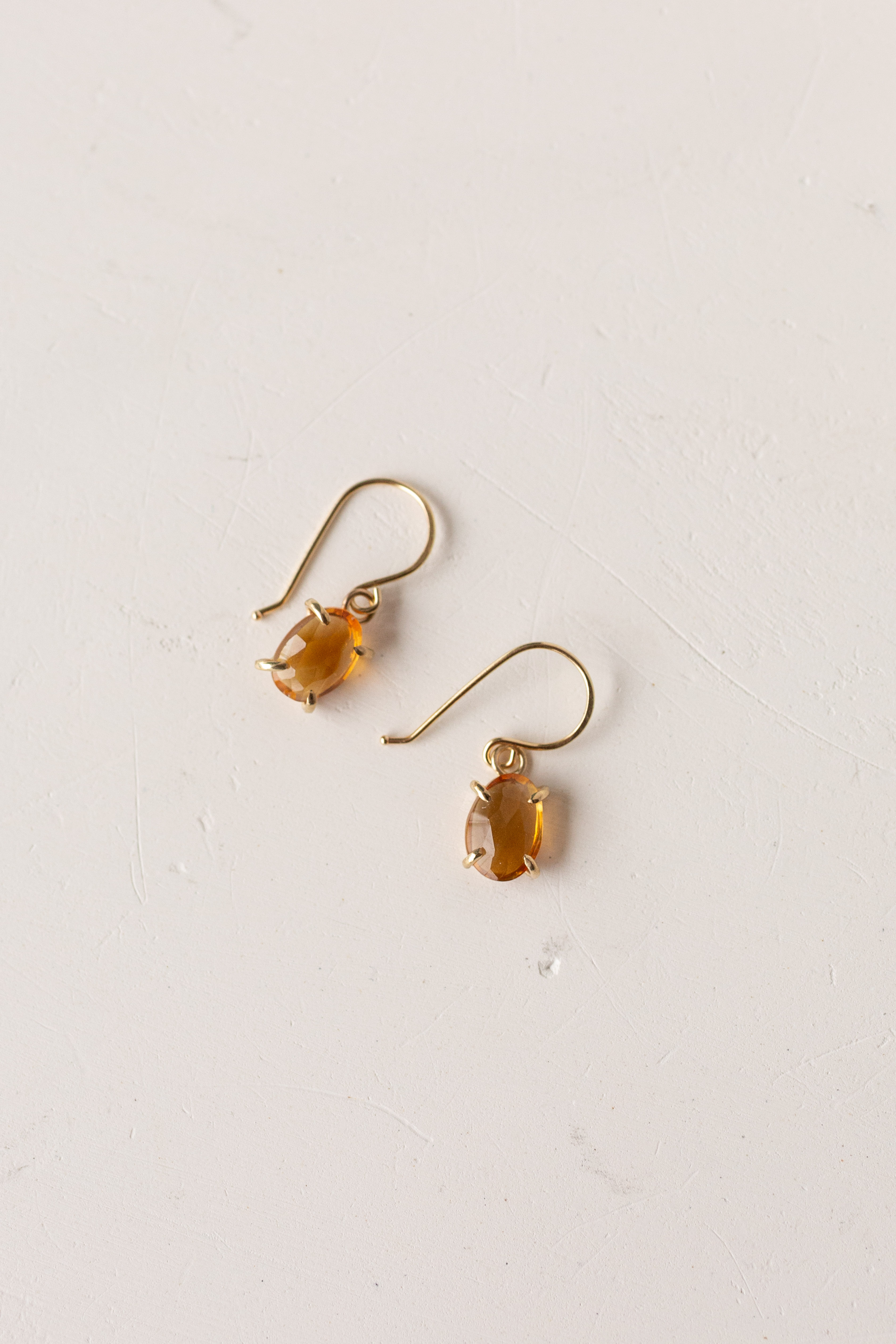 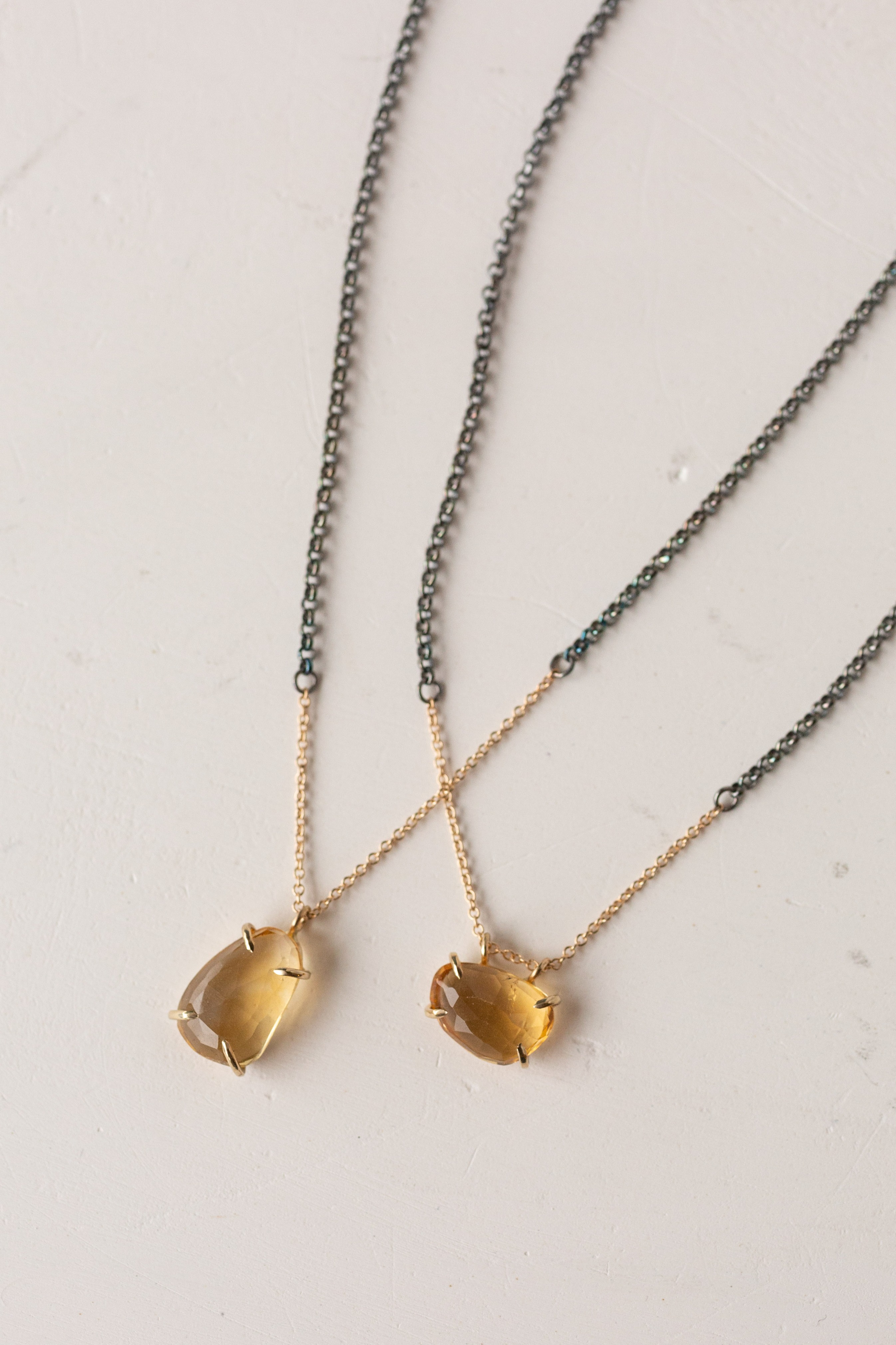 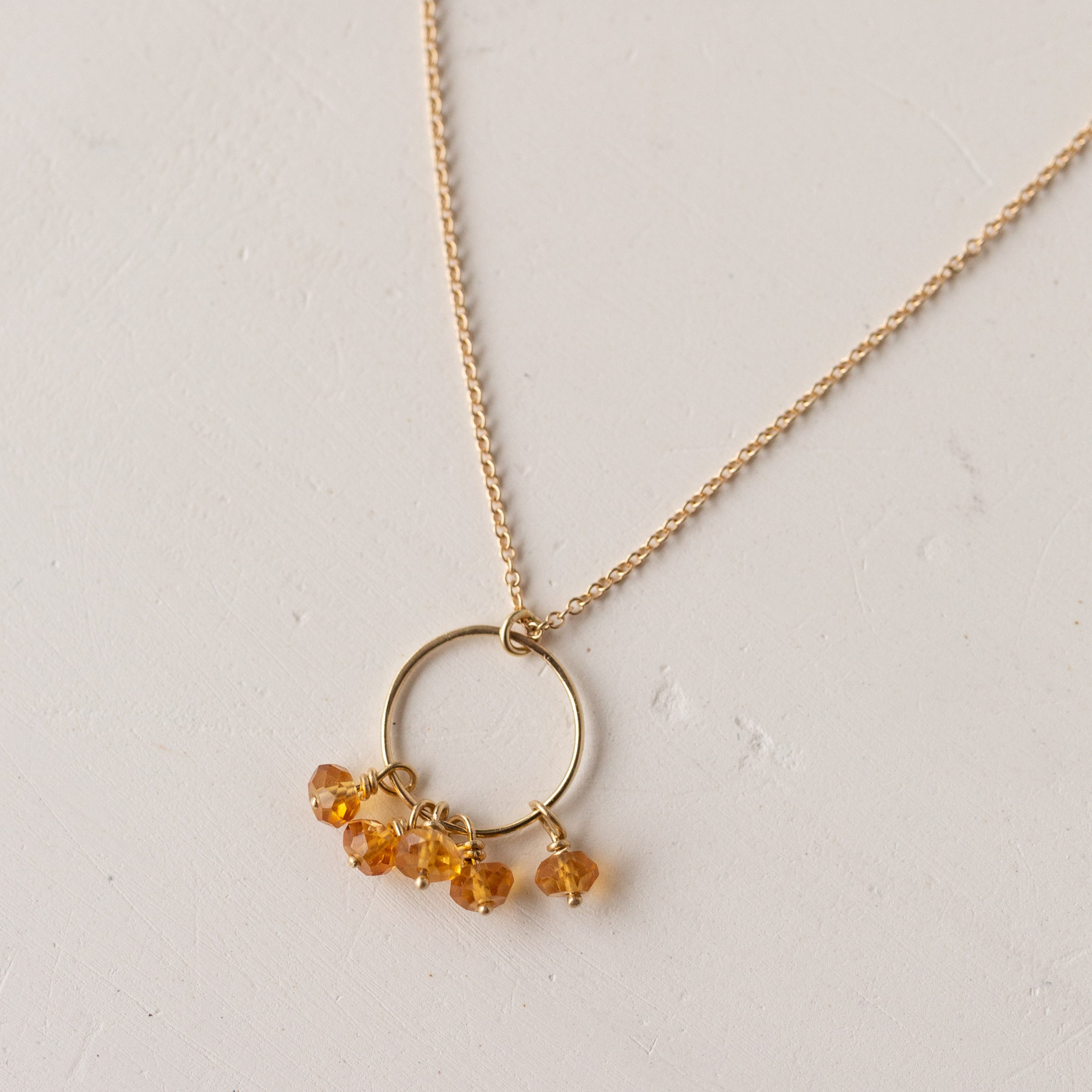 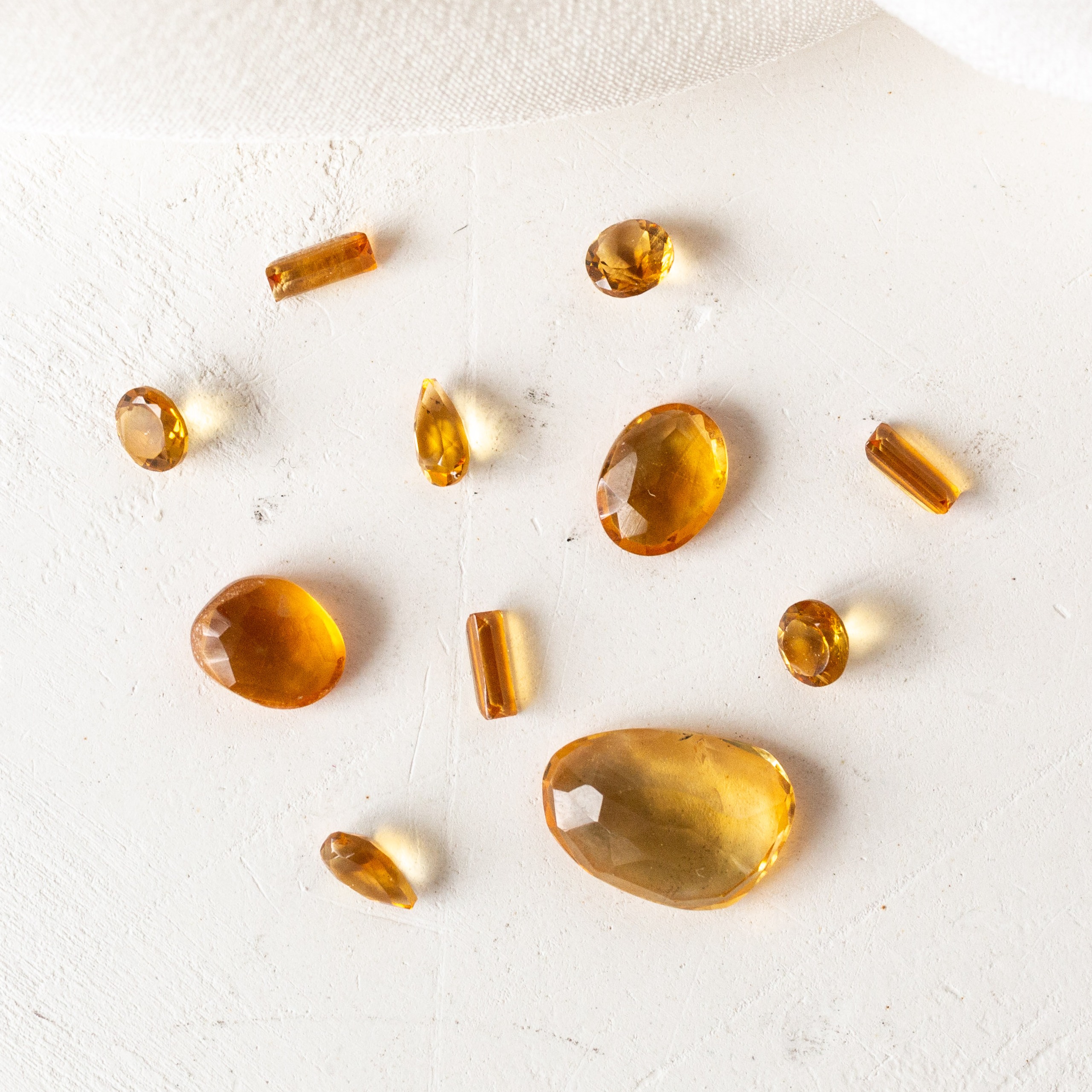 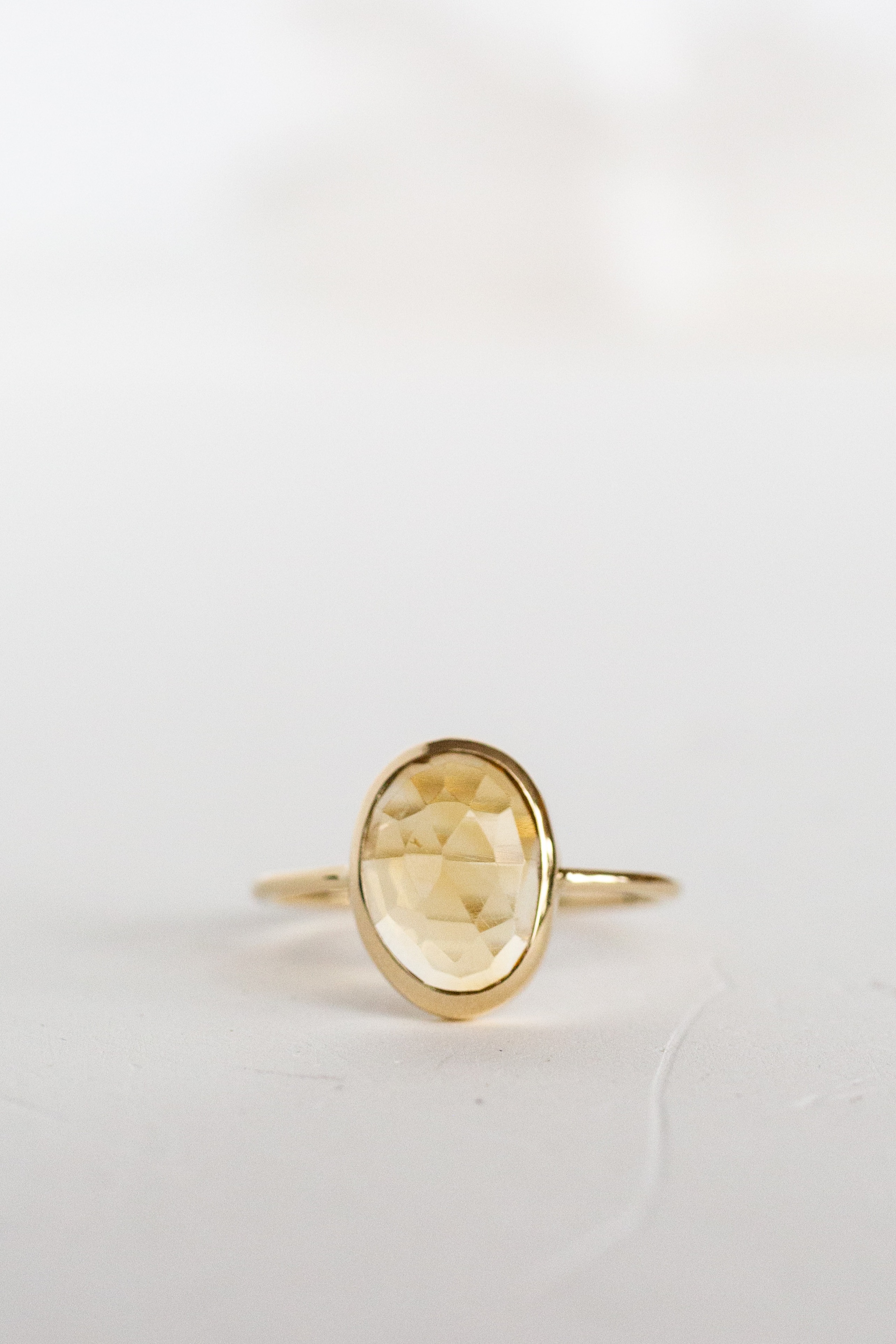 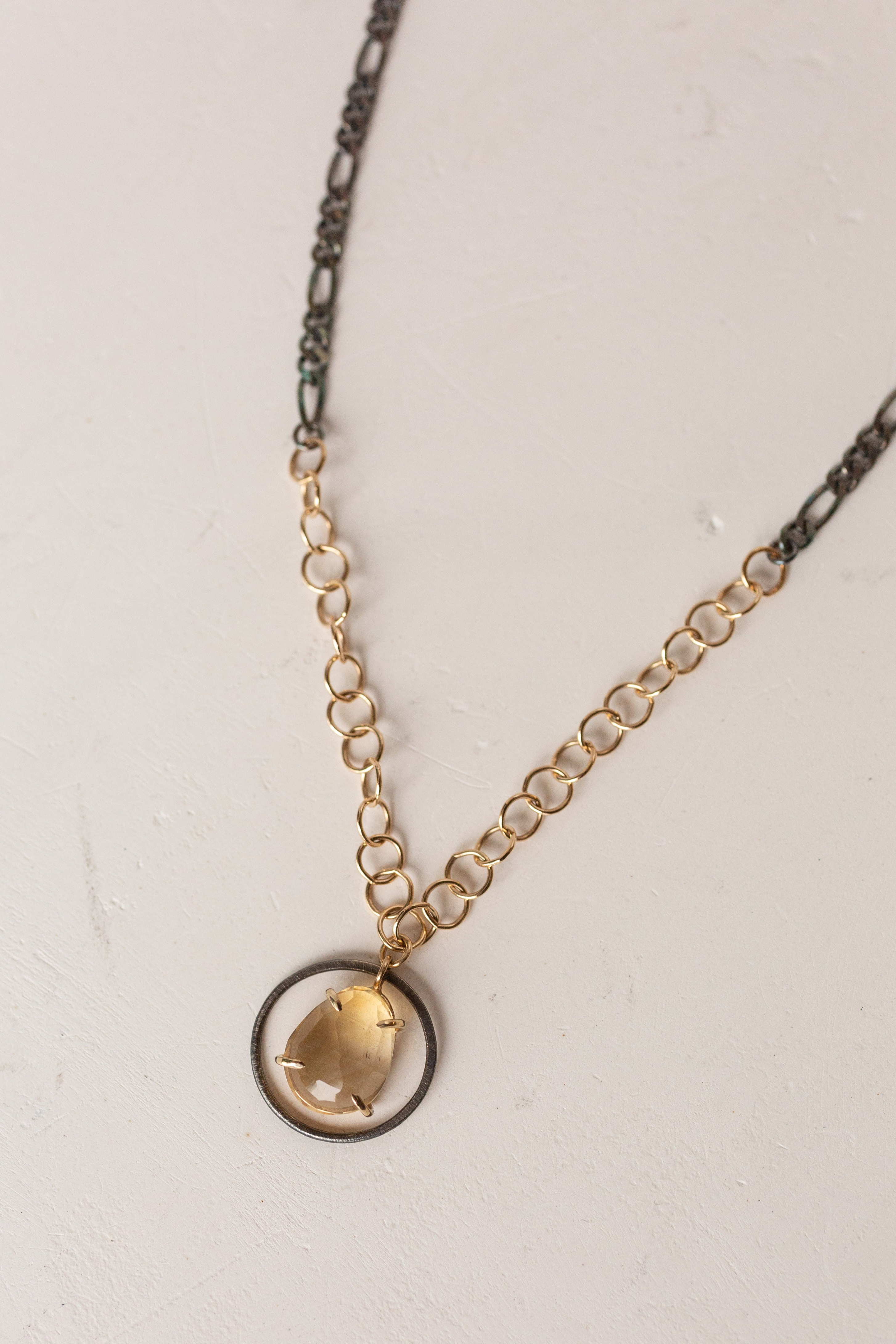 Glowing from within like a warm fire on a fall evening, citrines are one of a kind. For thousands of years, this powerful little gemstone has left an impact on many cultures. You may associate this dazzling stone with movie stars of the 1920’s Art Deco era, adored in large, ornately detailed jewelry made of citrine. ﻿﻿ 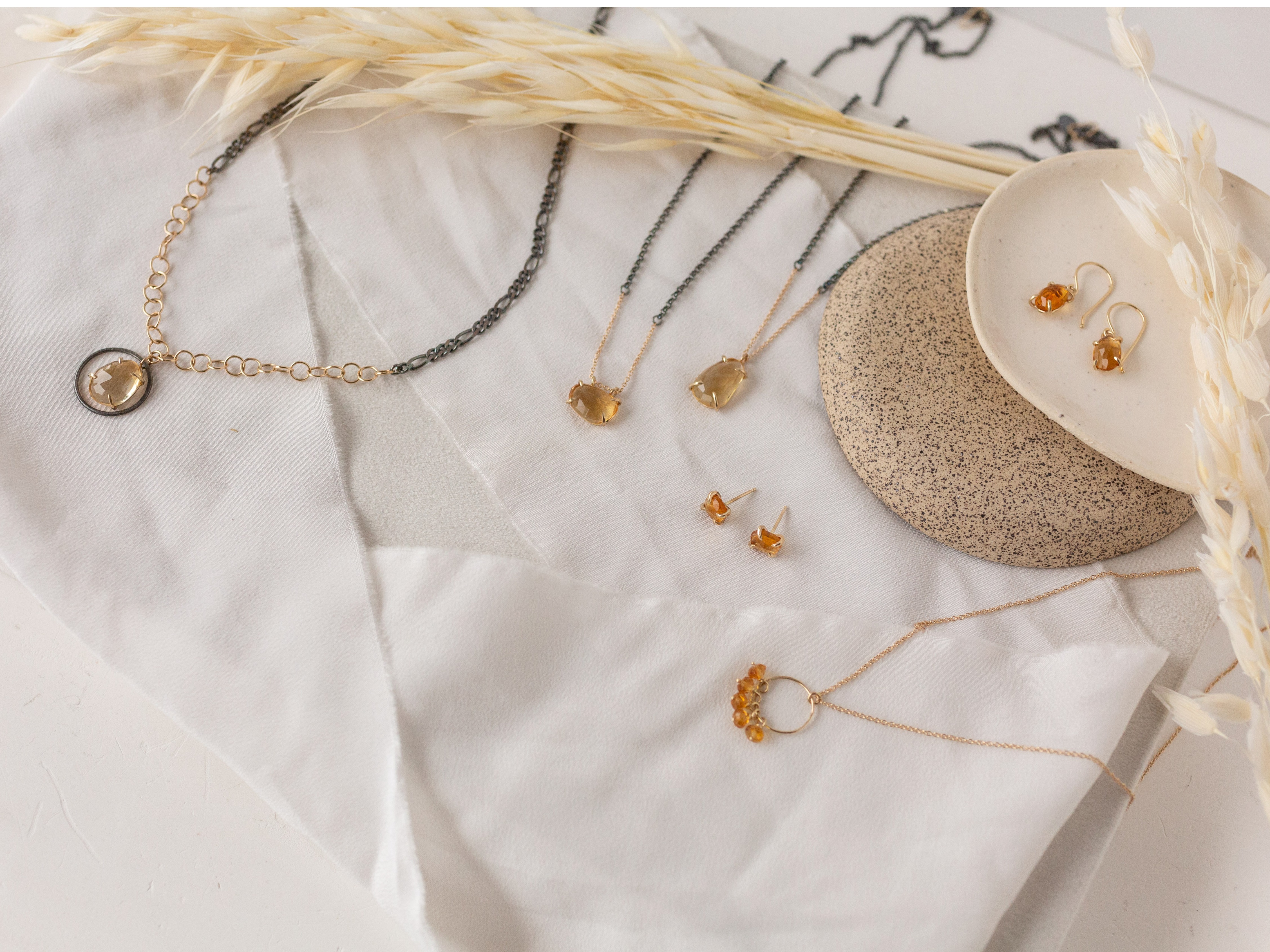 THE SCIENCE BEHIND CITRINE

Reminiscent of glowing flames, citrine shines in a bright yellow-orange hue. A quartz crystal, Citrine is surprisingly rare in nature. In fact, most of the crystals sold as citrine are actually amethysts that have just been heat-treated to change their color. Reminds us of taking a quick trip to the salon for a new haircolor - who knew gemstones could enjoy the same luxury!

Citrine gets its natural color from the iron within it. The citrine crystals with the lowest iron content will be yellow, bordering on yellow-green, while the highest iron content will produce a dark orange or brown-colored citrine crystal. It has a 7 on the Mohs hardness scale, while a diamond is a 10. By comparison, your fingernail is only a 2.5, so citrine is a pretty hard stone to break.

Did you know citrines were used decoratively by the Ancient Greeks? There’s evidence dating back to 300-150 BC! Talk about a stone with a lot of history. Citrine was also commonly seen adorning the handles of Scottish swords and daggers around the 17th century. There was even a dagger found with handles carved entirely out of citrine. Although they were likely just used for decorative purposes, there was a chance that the warriors who used them thought they had protective properties. As you can probably tell, this powerful little gemstone can’t help but make an impact on people.

Although citrine has been around for a long time, the first recorded instance of it being referred to by this name in English isn't until 1385. “Citrine” was popularized sometime in the 1500s, replacing the term "yellow quartz." Although its actual originality is argued, it’s almost certain that the name ties back to its yellow-orange hue. The most common belief is that it comes from the French word “citron,” meaning lemon-colored.

The Art Deco era saw the most recent surge of Citrine’s popularity. You may associate this dazzling stone with movie stars in the 1920’s, adorned in large, ornately detailed jewelry made of citrine. Between the first and second world wars, citrine jewelry would be worn as an outfit’s centerpiece, with the rest of the clothing designed to highlight it. Now that’s a statement piece!

With many years of existence comes a rich cultural history. It’s no wonder that various cultures and religions have formed their own beliefs around the stone. Ancient Egyptians, Greeks, and Romans believed that citrine could be used to calm tempers and manifest prosperity. I don’t know about you, but we’ll take all the peace and prosperity we can get!

In addition, the Ancient Egyptians believed citrine had healing properties for certain eye conditions. Believing in the powers of physical manifestation, they would fashion the stone into talismans in order to capture this powerful energy in their everyday lives. They believed their sun god, Ra, channeled these qualities into citrine. Which makes sense, considering the sun-like fire of citrine’s yellow-orange hue.

The Ancient Greeks would come to appreciate citrine in the Hellenistic period. It was here that they began carving the stone into icons of various figures. The Romans also believed the stone would bring success and fortune. Some of their priests would even place it into their rings in order to carry this prosperity with them.

The Chinese art of Feng Shui also welcomes citrine as bringing wealth, success, and wisdom into the home. In Chinese culture, citrine is even called the “success stone,” or sometimes the “merchant’s stone.”

In the United States, citrine represents warmth, passion, and love. Said to be sweet and humble, November babies go hand in hand with this stone’s symbolism. Citrine can also represent vitality of spirit, which may feed into the rumors that November babies are often short-tempered. We don’t mind though, that just adds a little *spice* to their incredibly warm friendships.

No matter your thoughts on citrine, there’s no argument that it’s a beautiful stone. Glowing from within like a warm fire on a fall evening, citrines are one of a kind. Not only are they obtainable and affordable, but they’re packed with symbolism and culture. Much like friends born in November, they offer a lifetime relationship that is durable and not easily broken. If you’re looking for a new stone to adorn your fall wardrobe, citrine is an excellent choice.