January is a special month for me. My daughter was born a day after me, so the middle of January has become a big family holiday. It’s always pretty cold on our birthdays, which makes it easy to spend our special days doing something cozy. Even though the earth is hibernating in this season, there are quite a few reasons to celebrate Garnet, our birthstone. 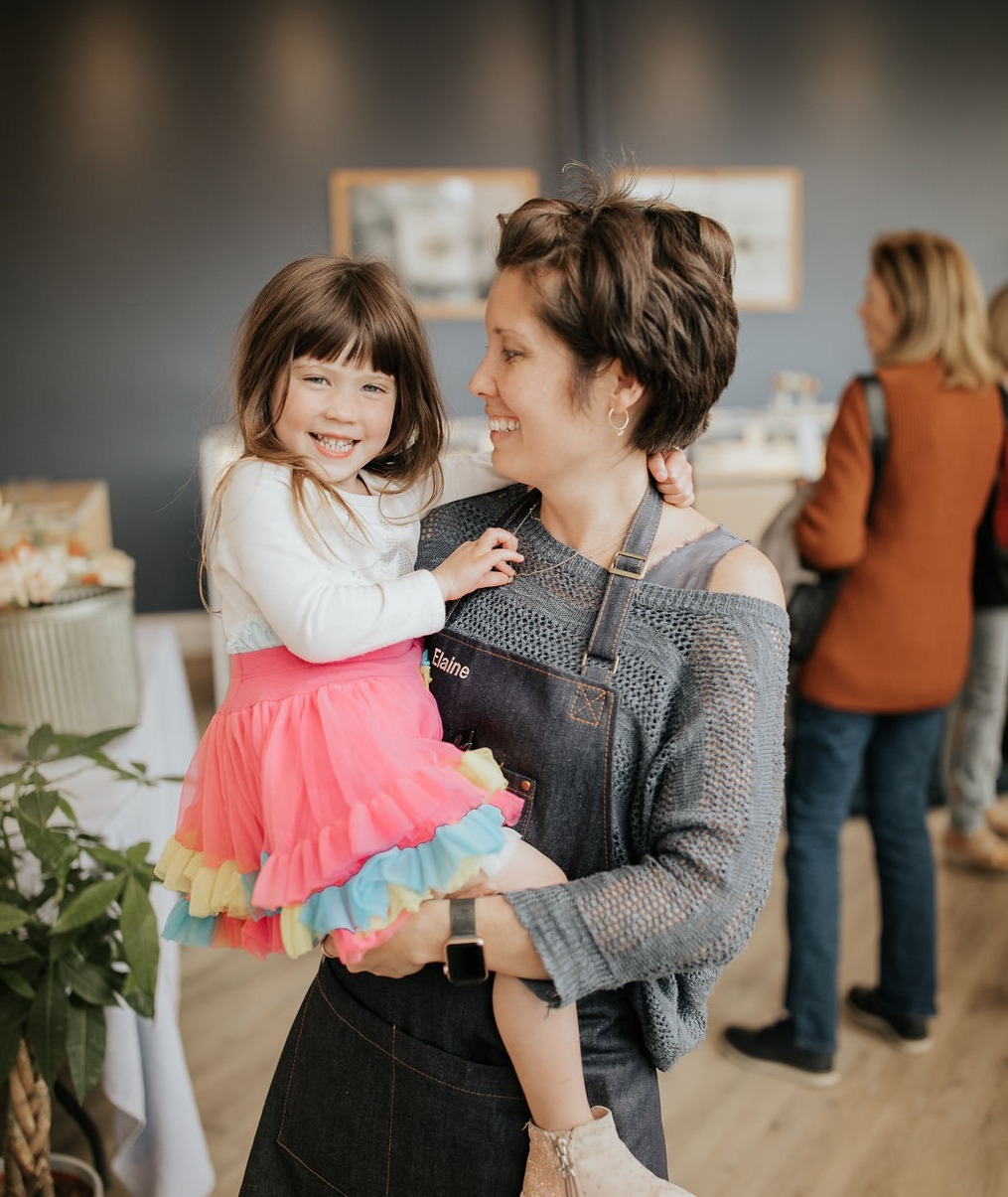 ALL ABOUT JANUARY'S BIRTHSTONE

Some months of the year have multiple birthstones to represent them. January has two: garnet and rose quartz. This month we’re celebrating garnet, January’s original birthstone. 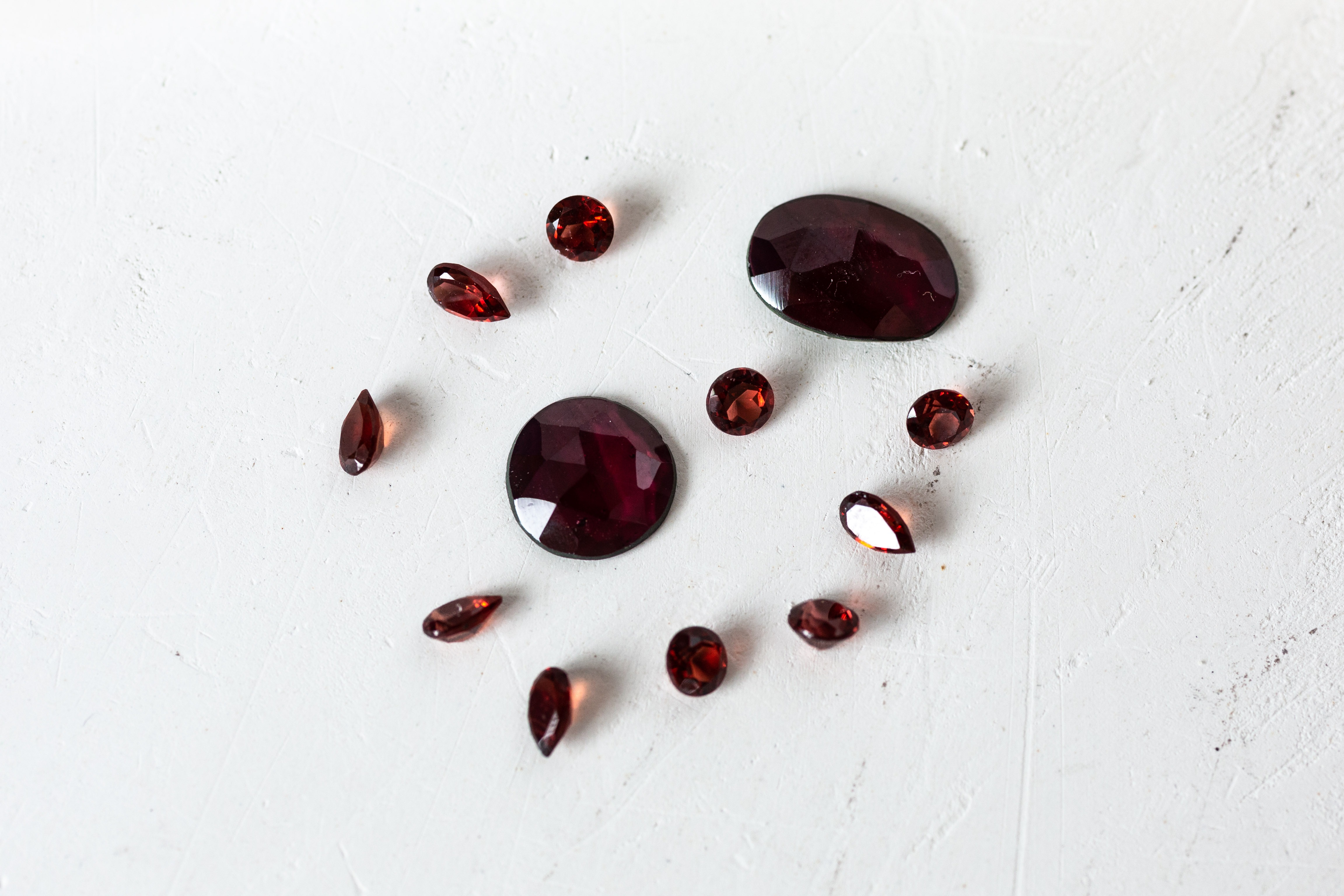 In addition, garnet is very practical in terms of durability. On the MOHs hardness scale, a garnet is between a 7 and 8. For reference, diamonds (the strongest mineral known to man) are a ten, while the average human fingernail is around 2.5 or 3. 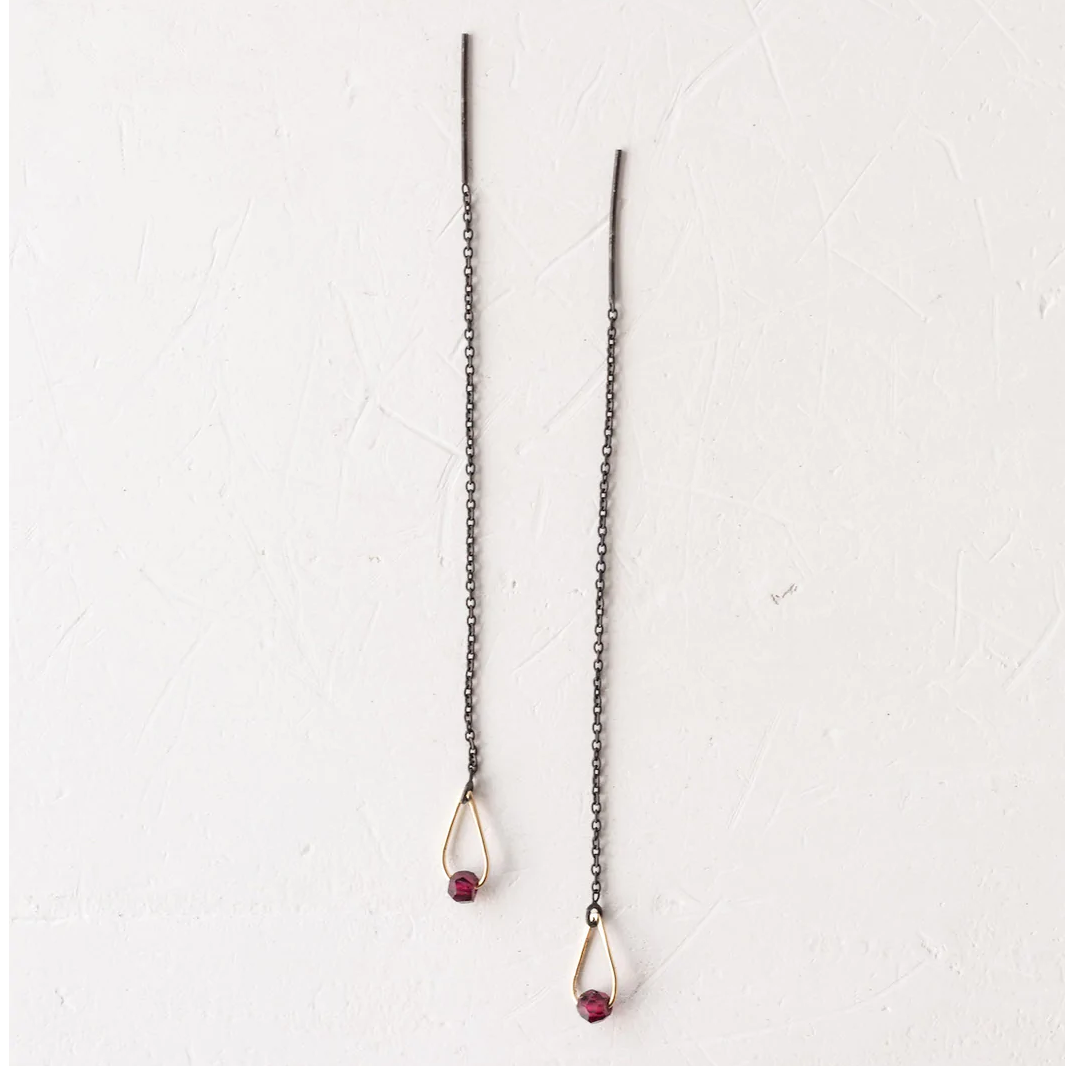 Believe it or not, garnets date all the way back to the Bronze Age (around 3100 BC). The first discovery of garnet is believed to be the kind known as “pyrope.” We know that a handful of pyrope garnet deposits were discovered in the Czech Republic in the 14th century.

Garnets got their name from a modernized version of the Middle English word “gernet,” which was a derivative of the Greek word “granatum.” Although they sound similar, gernet and granatum have two different meanings. Granatum was the Greek word for seed, which they used to describe garnets due to their small red appearance - reminiscent of pomegranate seeds. Gernet, on the other hand, simply meant dark red. Combine those words together and you land on “garnet.”

From around 475-1450 AD, garnets became the favored gemstone of the Roman clergy and noblemen. Garnets also hold significance in Jewish beliefs, as the Talmud states, Noah’s only source of light on the ark during the Great Flood was a garnet. In Islamic beliefs, the sixth heaven is made of garnets, where the prophet Musa (sometimes known as Moses) can be found.

Let’s dive into the different types of garnet! 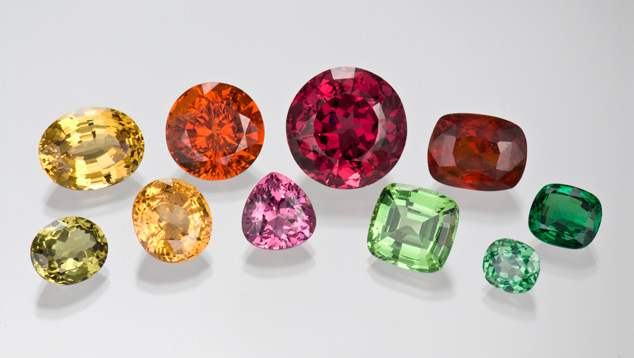 ^Above image courtesy of Gemological Institute of America.

Almandine is the most common type of gem-quality garnet. Ranging from red all the way to black, these garnets are notable for their deep hues. This is because of almandine’s chemical composition of iron, aluminum, silicon, and oxygen. The ratio of iron to aluminum contained within the stone is what dictates how red or black it will be. The more iron it has, the redder the hue is. The more aluminum it has, the darker the shade.

Although almandine is the most common, that sparkly saturated red you think of when you hear “garnet” is most likely a pyrope. Known for its vibrant red hues, pyrope is perhaps the most well-known garnet class. Pyrope contains aluminum, silicon, and oxygen. However, different from Almandine, pyrope has magnesium instead of iron. As previously mentioned, pyrope is also believed to be the first discovery of garnet.

Grossular garnets come in the widest variety of colors. Impressively, they can be green, red, white, yellow, pink, orange, brown, gray, and even purple! The reason grossular garnet can achieve all of these colors is a result of the inconsistency in the mineral makeup of the stone. Some have higher iron content, which adds more red. While others contain more titanium, giving them a more yellow/green tint (or orange when combined with iron). The occasional presence of chromium will provide it that rare purple hue.

Andradite garnets are probably the least known of all. They can be sorted into three subclasses: melanite (black hues), topazolite (yellow hues), and demantoid (green hues). Andradite is primarily composed of calcium, iron, silicone, and oxygen (though other minerals can also be included on occasion).

Not to be confused with spessartite, Spessartine is composed of manganese, aluminum, silicon, and oxygen. It can come in red, orange, yellow, pink, or brown, depending on the ratios of minerals contained within.

Although beliefs vary from culture to culture, there’s a mutual understanding that garnet has some pretty outstanding qualities. Heavily associated with love and friendship, garnets represent perseverance and emotional strength. A great stone for January babies, garnet is not only beautiful, but also full of symbolism.