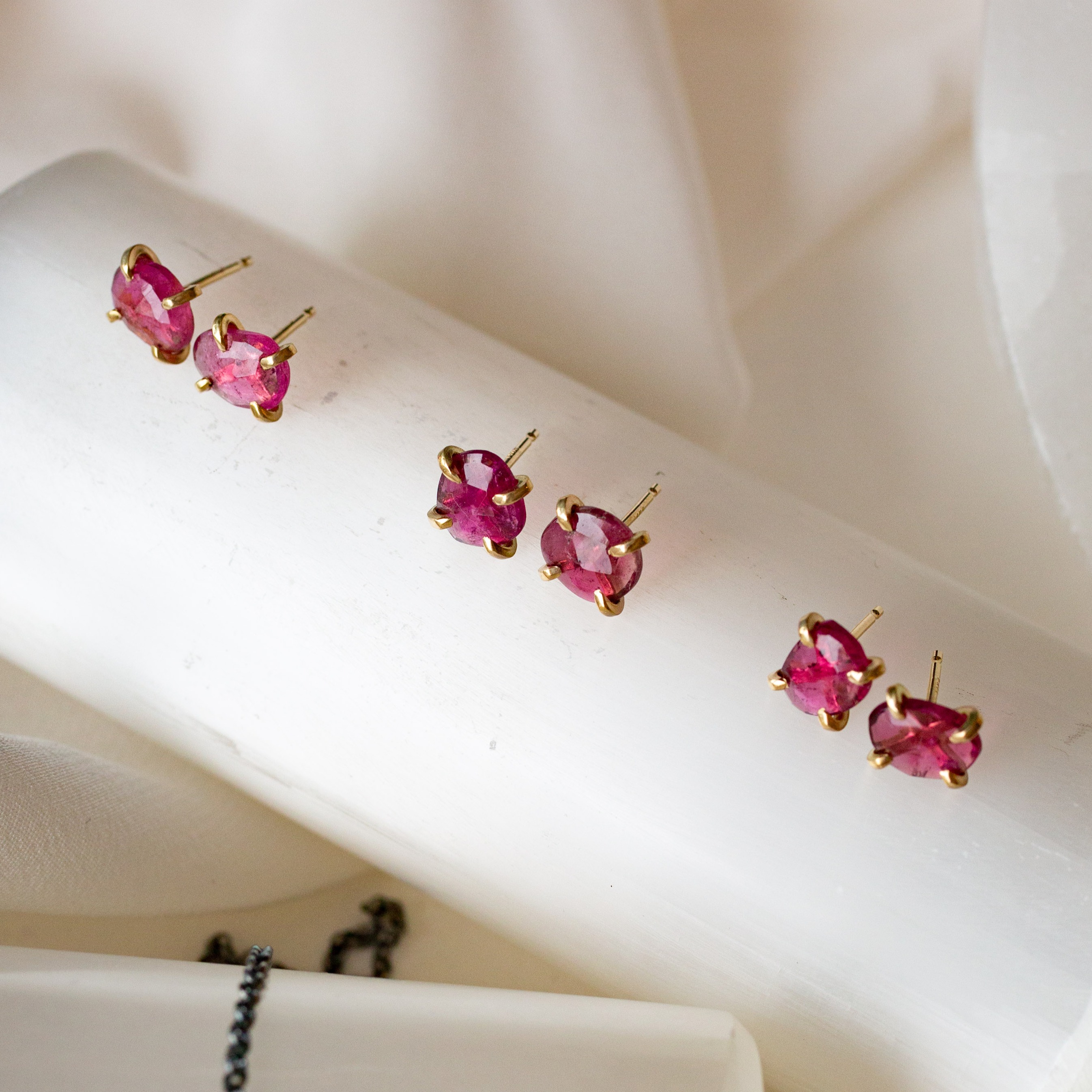 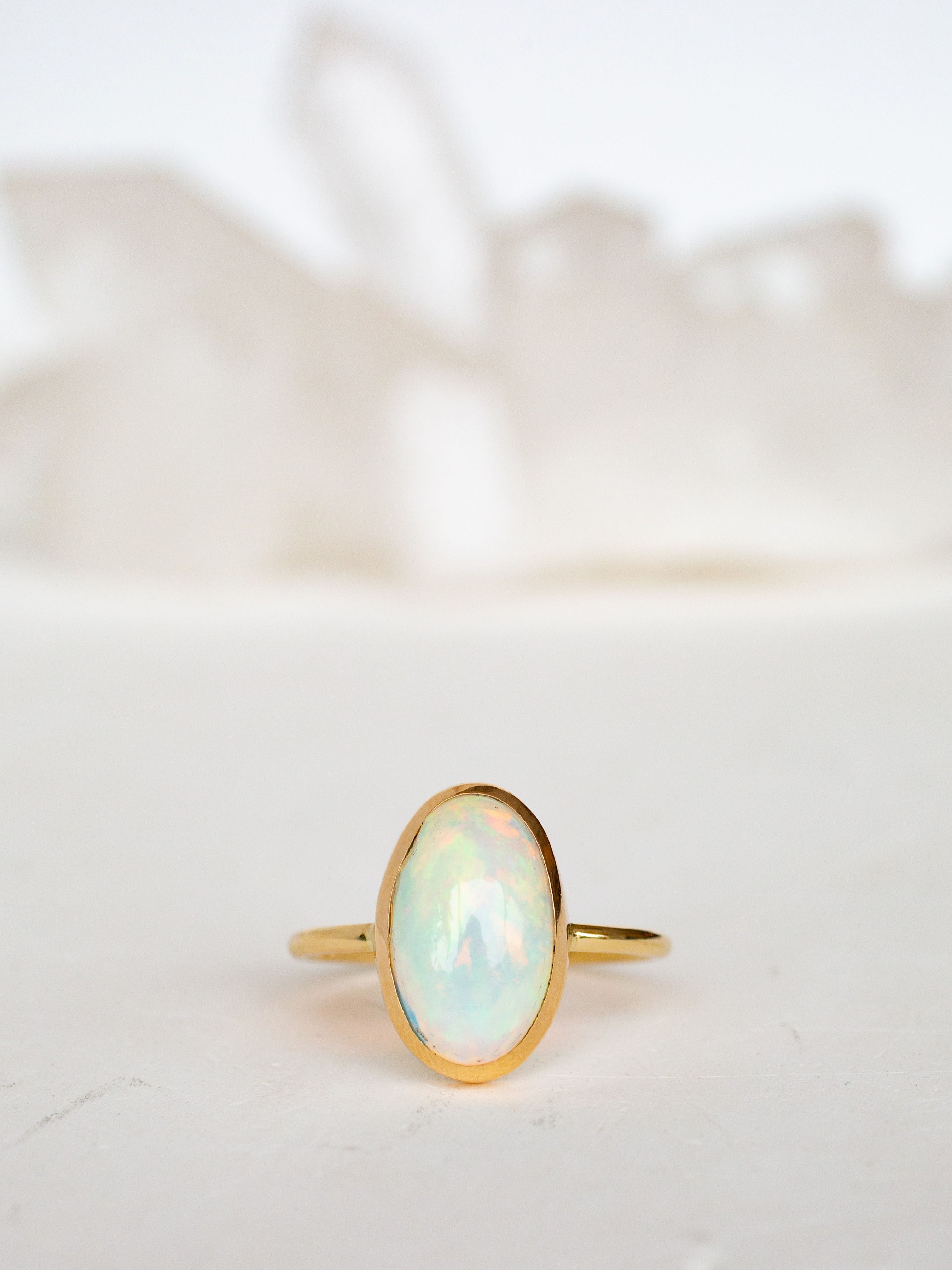 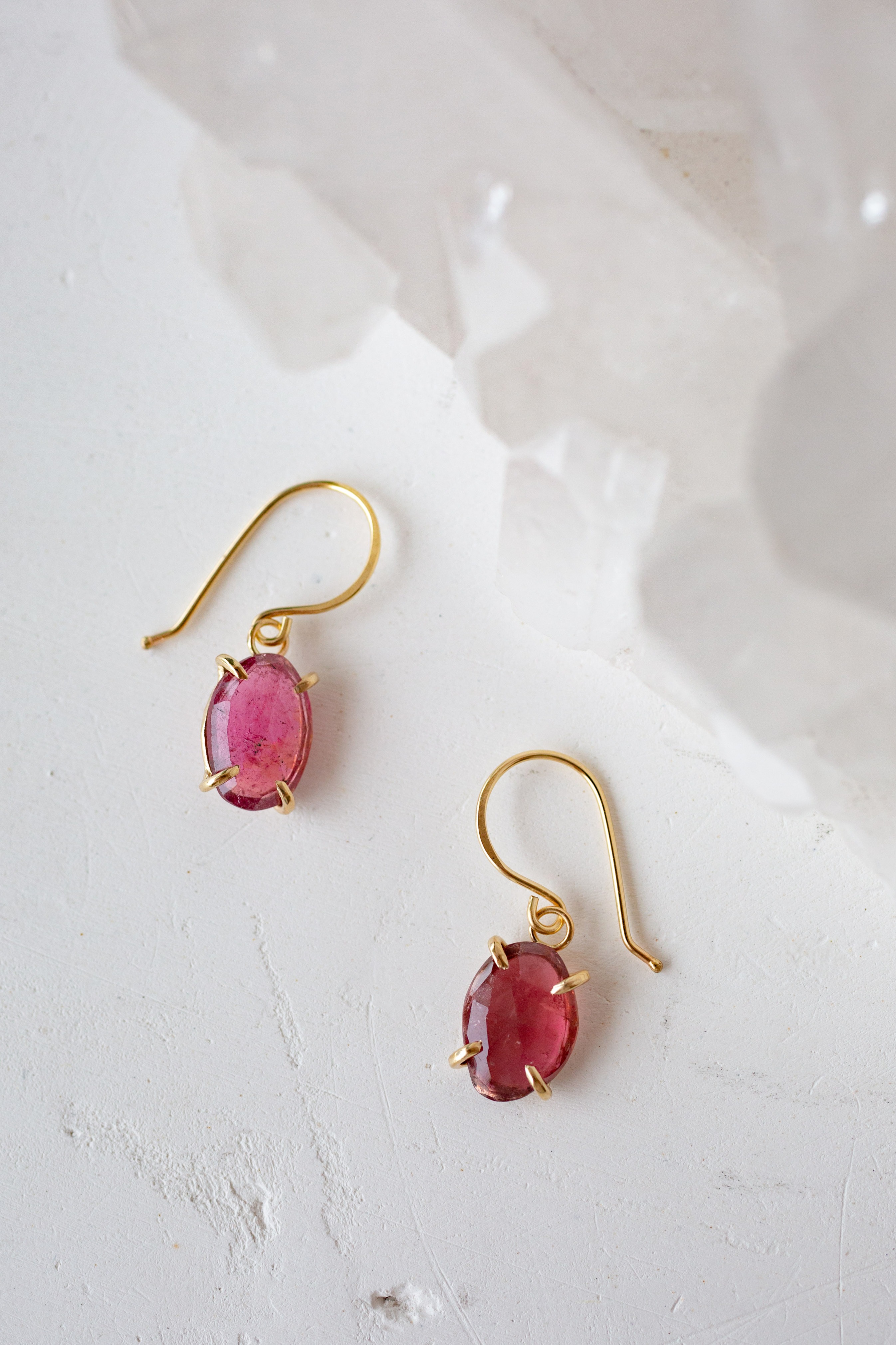 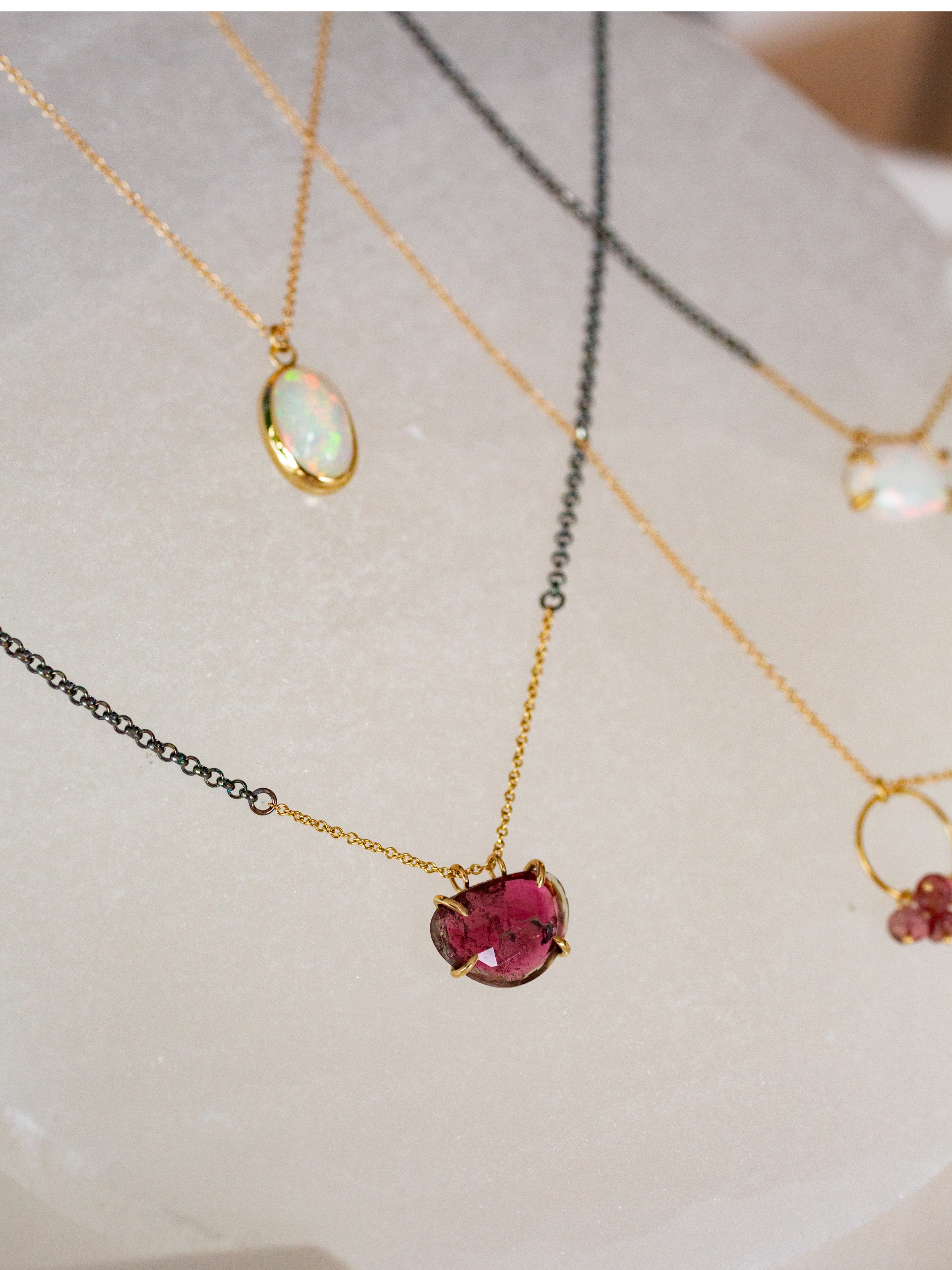 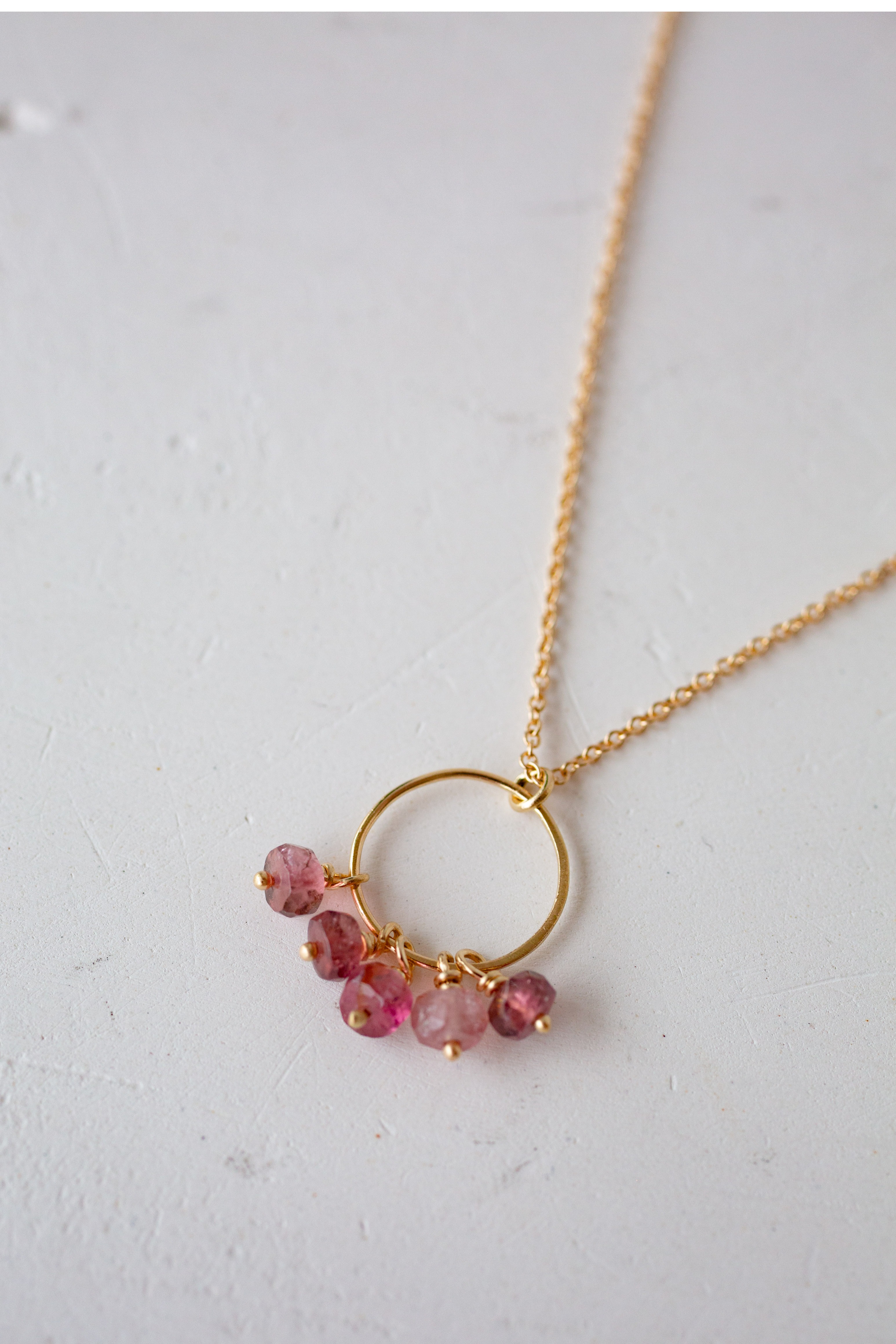 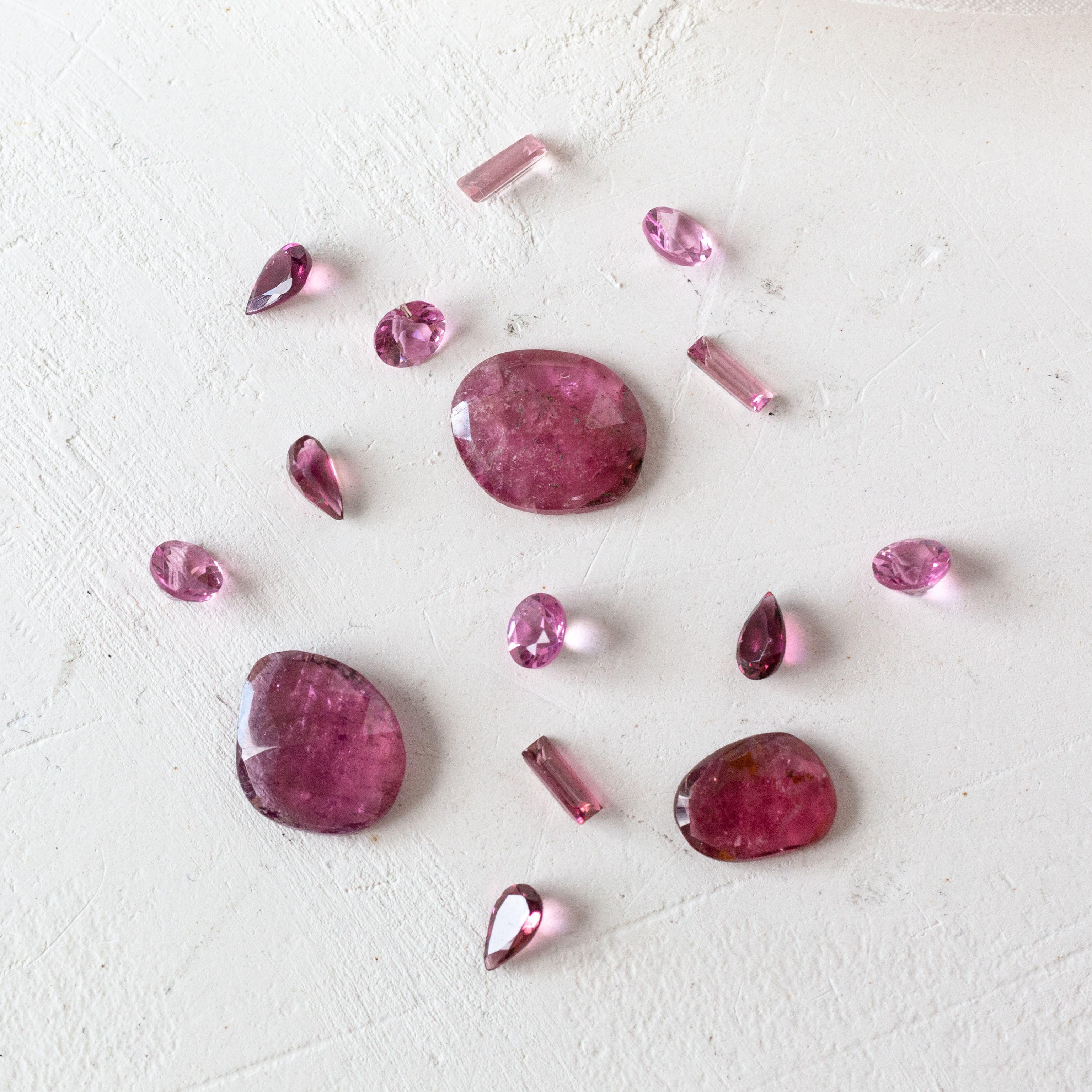 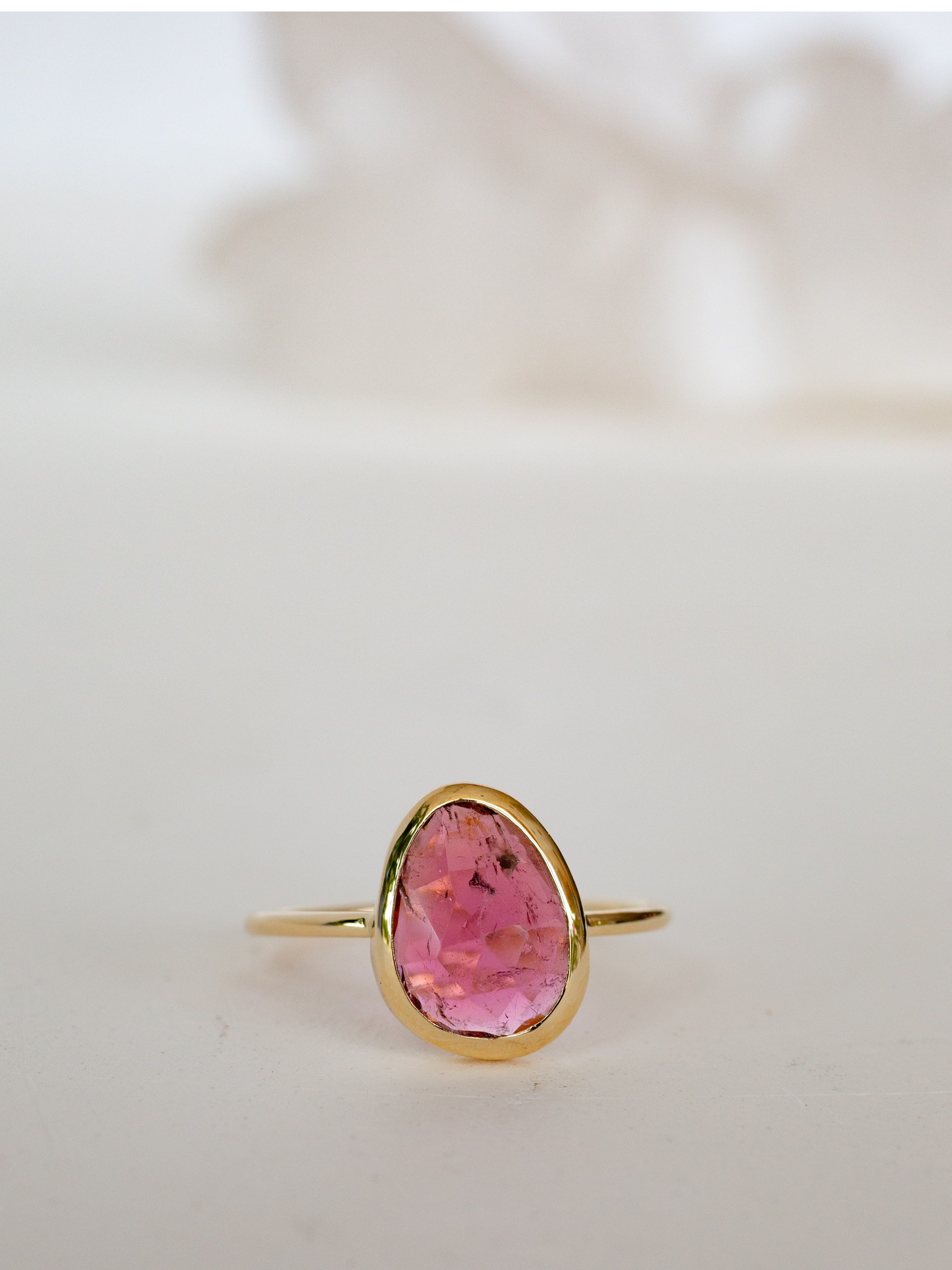 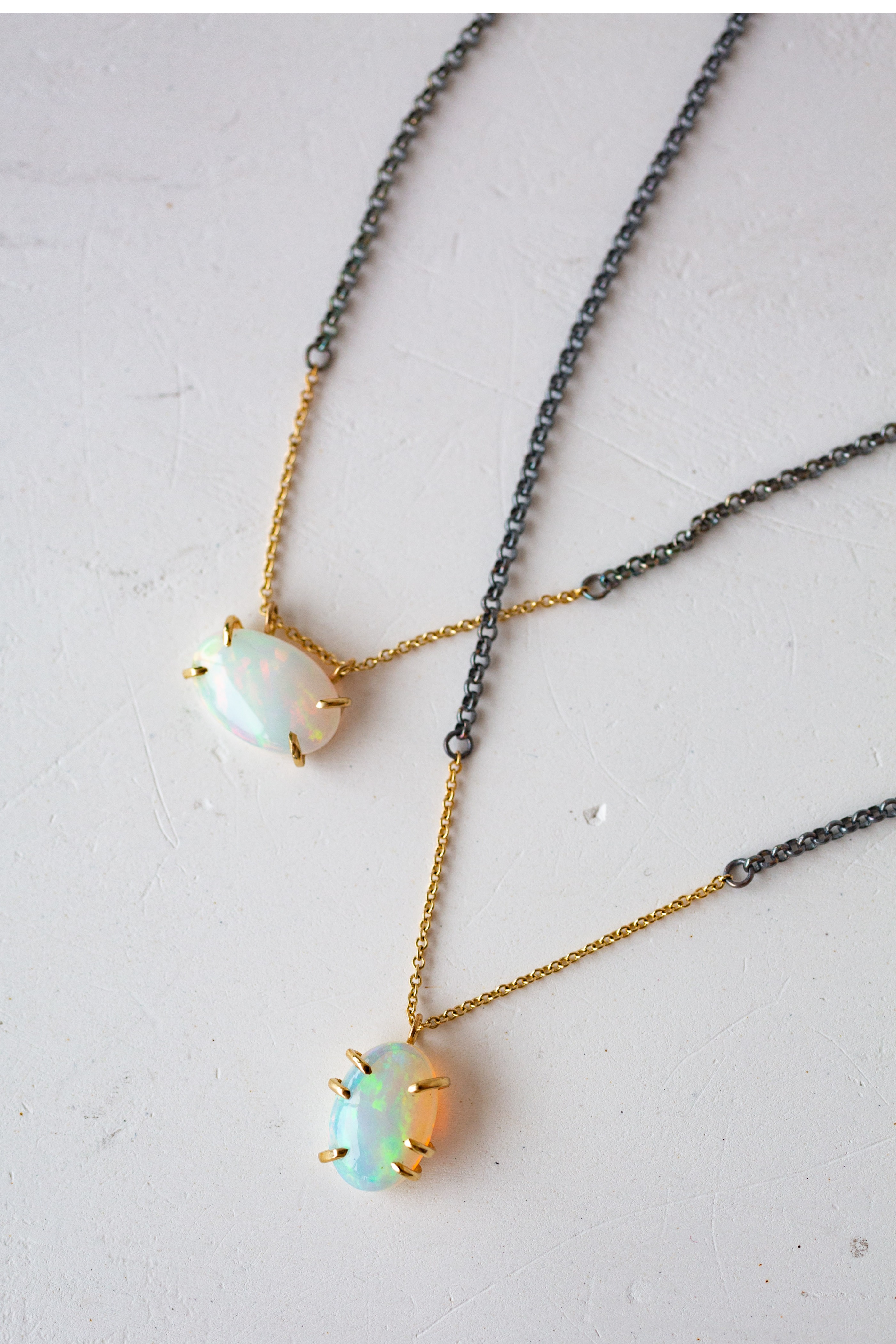 ﻿﻿Did you know that two birthstones actually represent October? Pink Tourmaline and Opal are both considered October’s designated stone. In honor of those born for pumpkin spice and rich autumn leaves, here’s some fun facts we love about these eye-catching stones. 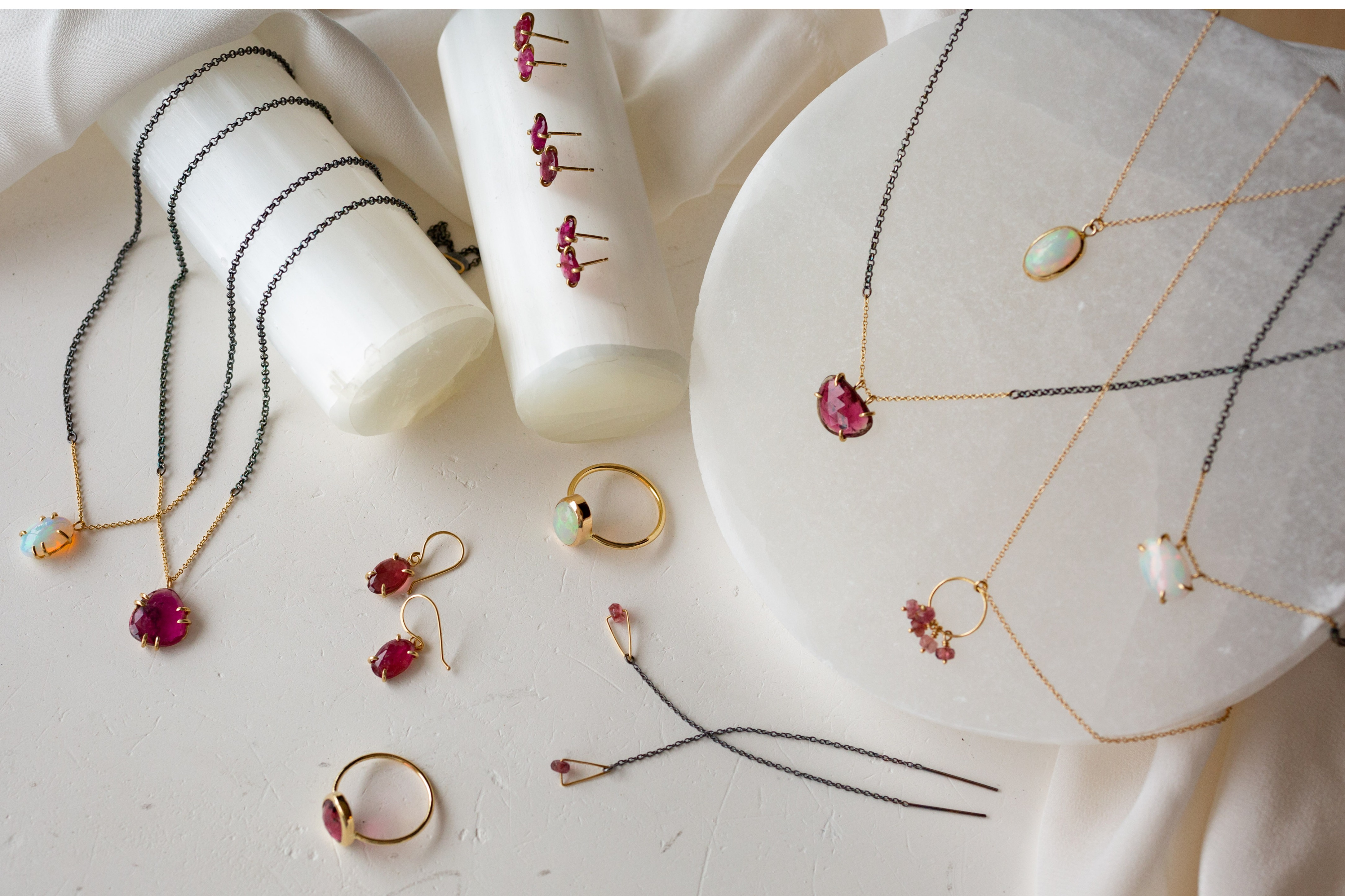 QUICK HISTORY OF THE PINK TOURMALINE

So what’s so special about the Pink Tourmaline? Well, these little beauties are actually a crystal of the silicate mineral group. In the structure of this stone, boron is compounded with various metals and other elements, including aluminum, iron, magnesium, sodium, and more. Tourmaline can actually come in a wide variety of colors, but this pretty pink is known for October. Nothing says fall like a cozy pink stone to match your favorite sweater… or your glass of wine. (Wink, wink.)

The first time tourmaline was discovered was in the 1500s in Brazil. Its hue was a beautiful green and resembled that of an emerald. Funny enough, it was actually mistaken for one. It wasn’t until the 1800s that scientists began to realize its crystalline structure was much different from that of an emerald.

Since then, tourmaline has been discovered in a vast array of colors- including the fabulous pink hue that represents October. Few other crystals have this color range, making tourmaline one of the most unique of all. However, this amazing color capability can sometimes cause tourmaline to be confused with other precious gems quite frequently… It’s no wonder it took those scientists almost 300 years to realize they’d mistaken it for an emerald!

Another wild fact about the Pink Tourmaline is that its crystalline structure gives it pyroelectricity. That’s right, this stone can change its electrical charge and conductivity when it is heated or cooled. Talk about a rare quality…

One of the most interesting things about these stones is their symbolism. Pink Tourmaline is said to represent compassion, love, and friendship. I don’t know about you, but we have plenty of loving friends that were born in October! These stones are also great to give to a loved one. They’re actually considered the standard gift for someone’s 5th wedding anniversary.

Loved by royalty, pink tourmaline has been sought after for decades. In fact, Chinese Empress Dowager Cixi (reign late 1800s - early 1900s), was obsessed with tourmaline. She loved it so much that she demanded to be buried with a Pink Tourmaline ring when she died in 1908.

Now onto October’s other stunning birthstone, the Opal…

QUICK HISTORY OF THE OPAL

A bit different from tourmaline, opals are a beautifully amorphous form of silica with a uniquely high water content. Though most opals typically contain between four and nine percent water, some opals have been found with as much as 21%. That’s one hydrated gemstone! Unlike almost all other silica-based structures, opals are not actually considered crystalline. Instead, their amorphous shape causes them to fall under the mineraloid classification.

Opals date back to 4,000 BC. Now that’s a stone with an insane amount of history! Opals are believed to have been first discovered somewhere in Ethiopia. Since then, many have admired opals for their stunning beauty- often naming them exquisite titles like Pandora, Light of the World, and Empress. Even its name represents the rich admiration for this stone- the Roman word “opalus,” means precious stone.

The Opal- Symbolism across cultures

With such a lengthy history, many cultures have established their own beliefs about opals. For example, the ancient Greeks thought that opals gave them the power to see the future and would protect them from diseases.

However, some superstitions in other cultures argue quite the opposite. Some even claim that a “curse” on opals makes it so that only people born in October are able to wear them without negative effects… Well, that’s one way to convince your sister not to steal your jewelry! However, there’s no evidence that opals have ever been the cause of any harm. We’ll stick with the Greeks on this.

It wasn’t just the Greeks who saw benefits to wearing an opal though, many other ancient peoples (even some royals) thought that these precious stones were a sign of good fortune. Some cultures even believed that opals were good for your eyes and would help improve your vision/prevent eye disease. As outlandish it may seem, some even believed that opals could be used to render the wearer invisible to the human eye.

Whatever you choose to believe about opals and pink tourmaline, one thing is undeniable- their gorgeous appearance. It’s pretty easy to see why they’ve always been sought after throughout history. Be sure to check out October’s Elements Collection to see these stones in action.

Caring for your opals

Opals are delicate, soft and porous stone that contains a small percentage of water within their silica structure. They are absorbent and can be easily damaged or scratched. Care: Avoid chemicals, cleaning agents, vinegars or acids. They are also sensitive to some hand lotions and soaps so remove them when hand-washing, showering or dishwashing. Exposure to high temperatures and sunlight can also dry them out and they can crack. Store in a jewelry box or soft pouch. Consult with a jewelry specialist for more specifics on your opals, their care and refurbishment.