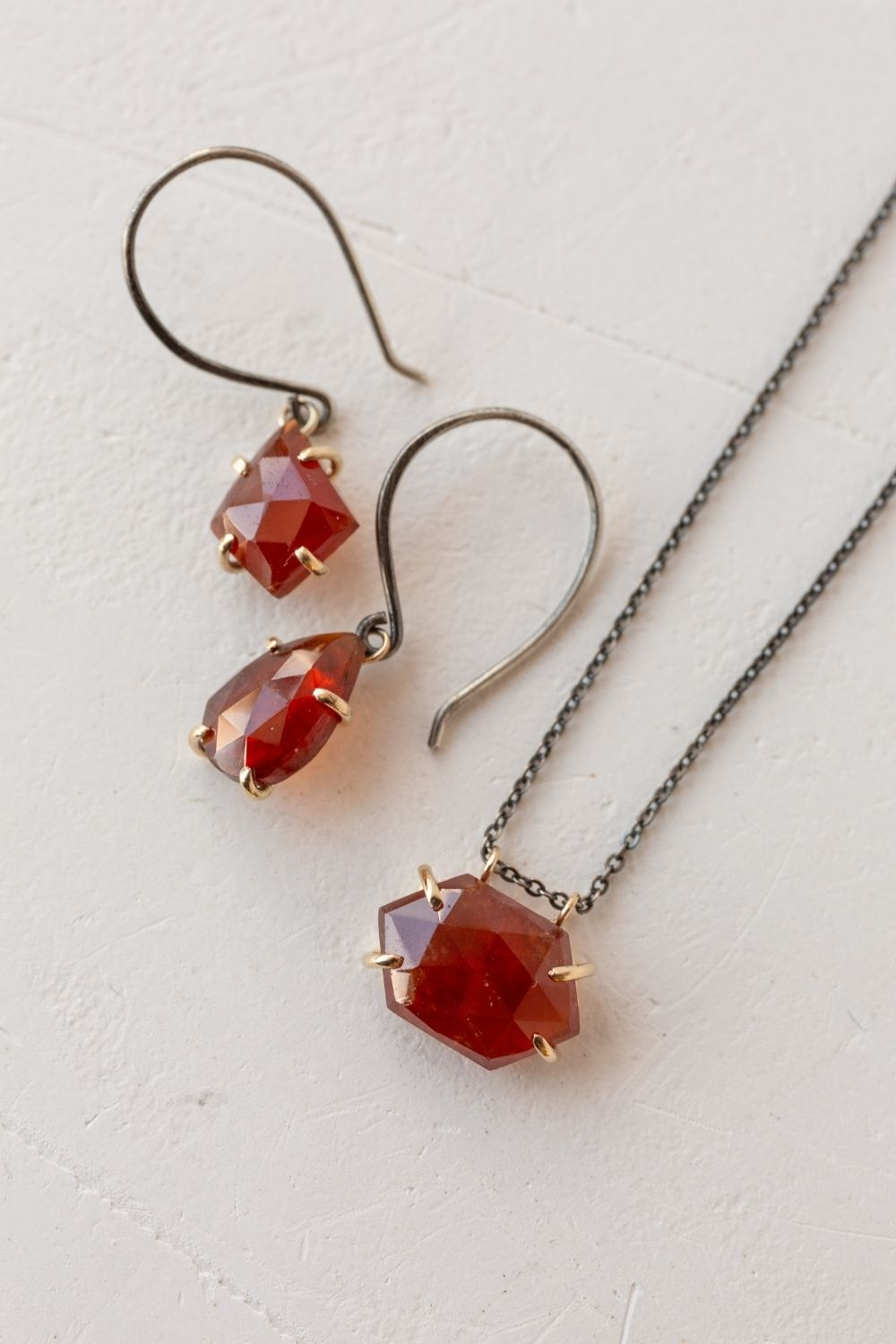 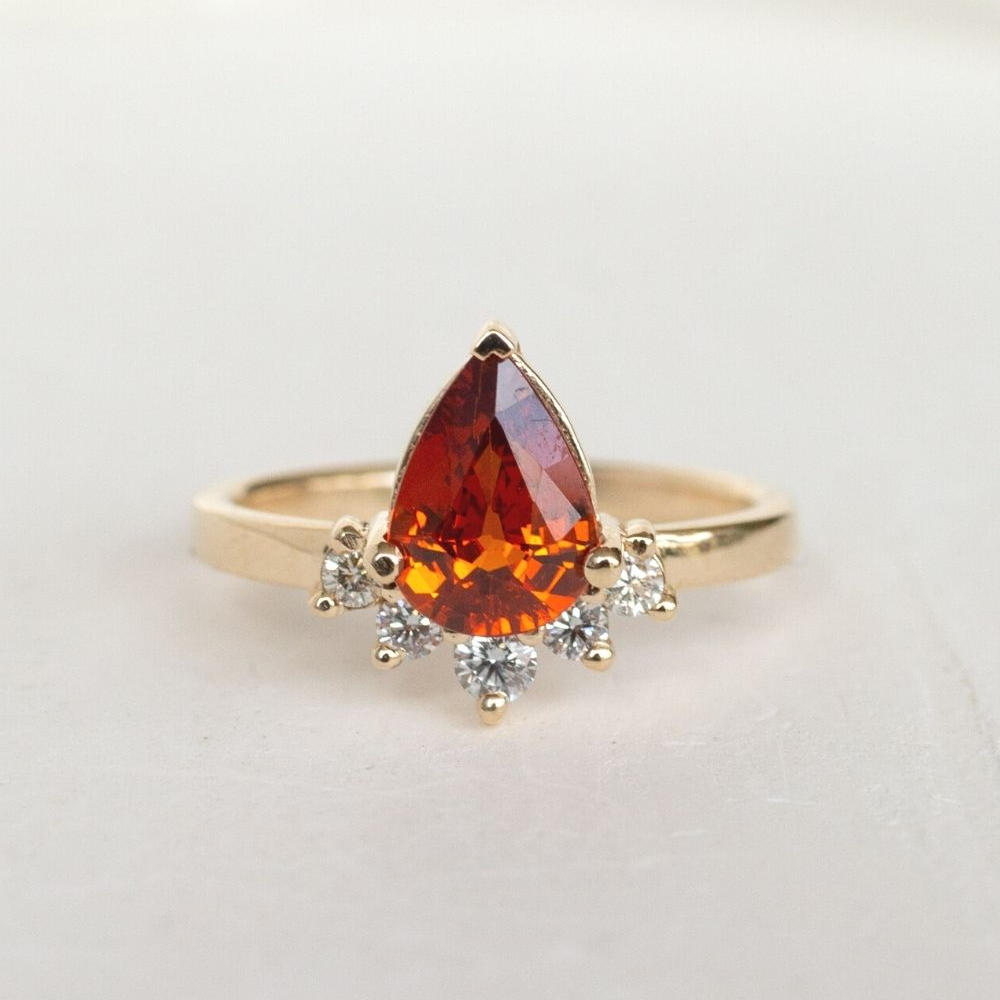 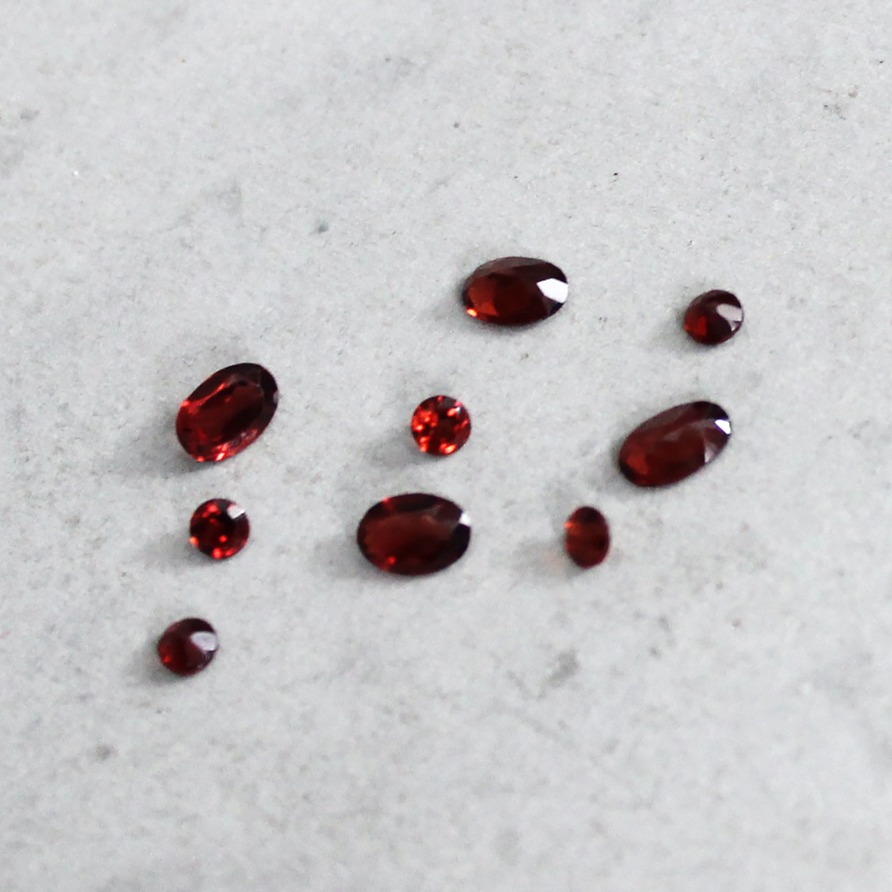 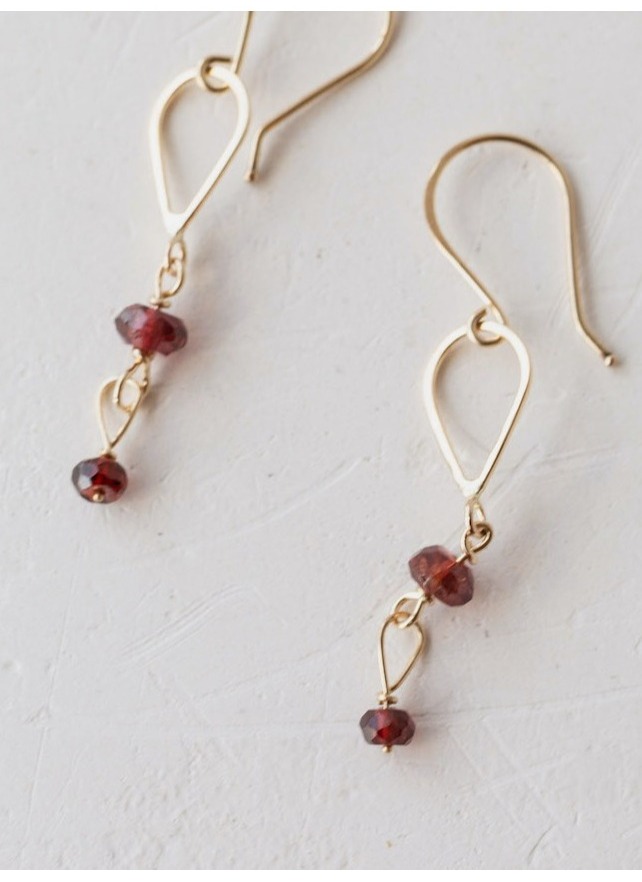 January is a special month for me. My daughter was born a day after me, so the middle of January has become a big family holiday. I've always joked that my birthday, January 19th, always falls on the coldest Tuesday of the year. Even though the earth is hibernating in this season, there are quite a few reasons to celebrate Garnet, our birthstone.

“Garnet is known for its utilization of creative energy. It grounds spirit forces within the body and helps in the ability to work lovingly on the physical plane. Garnet is a sensual stone. It represents primordial fire, the creation of the world out of chaos, purification and love. It is a stone of strong, intense feelings”

Garnet is found on every continent, and since the popular red varieties resemble the pomegranate seed the name garnet comes from the Latin word granatus, for “seed or grain.” But garnets also range in color from  extraordinarily vibrant purples to greens, yellows and oranges.  There are even garnets that change color from blue to purple in different lighting.

I've always had a love/hate relationship with garnet. Its deep red color is warm and comforting with an intensity that can come across as harsh.  At our Detroit jewelry store I've found a new love of using garnets in our designs,  It pairs beautifully with gold and offers a deep passionate warmth.

Our one of a kind Garnet Pomegranate Collection is all about contrast with oxidized silver and 14k yellow gold. 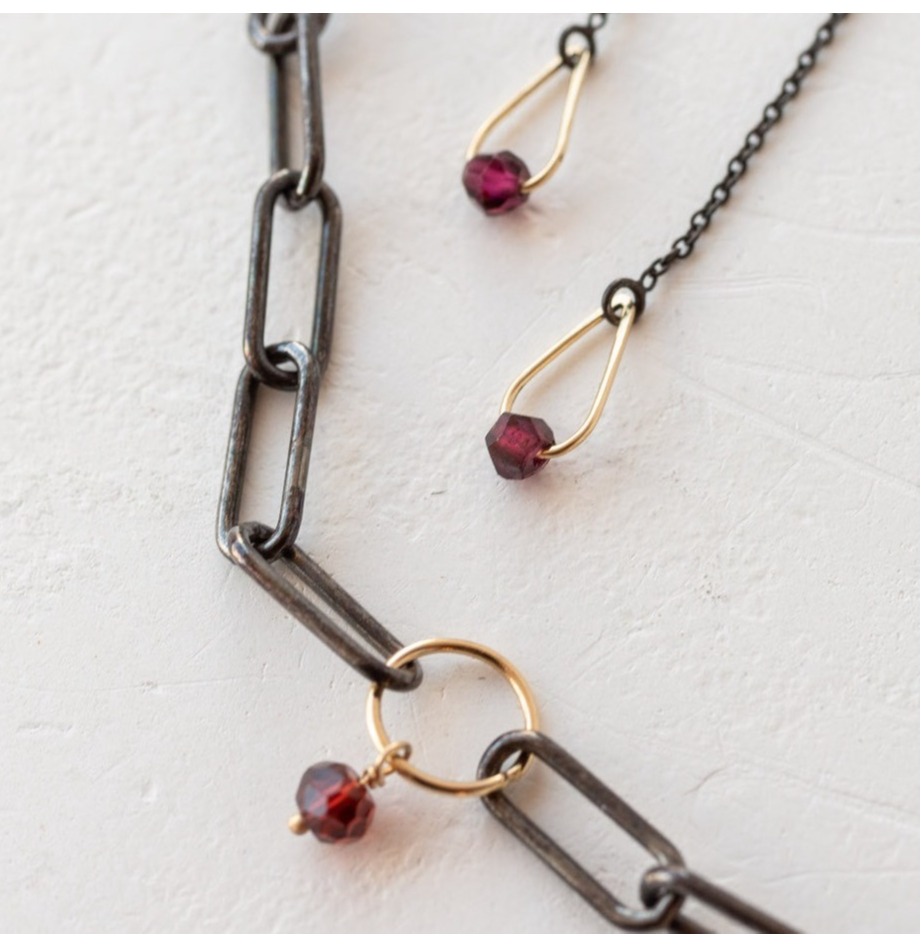 In stock rings are the perfect birthday gift, set alongside white diamonds for a vibrant, clean, modern look. 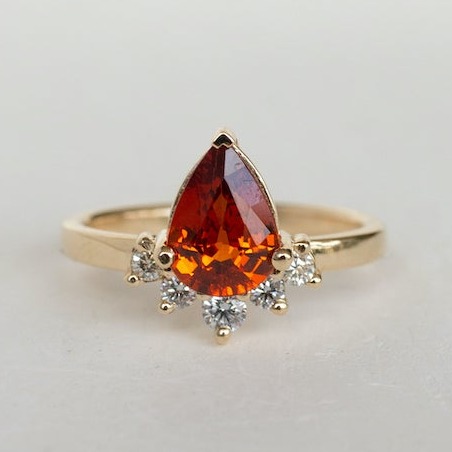 Garnet is moderately hard: a 6.5-7.5 on the Mohs hardness scale. Store them separate from these harder stones to avoid scratching and to clean with soap and a soft toothbrush.

Visit our jewelry studio in Detroit or click below to see our one of a kind garnet pieces, as well as birthstones from the other months.

Sending love and warmth this season.